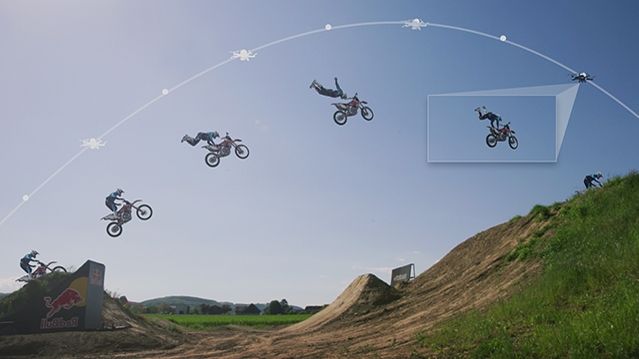 A step up from your mother's proudly snapped polaroids, the Hexo+ is probably the coolest way to capture your skateboarding, snowboarding, death-defying antics. And all in glorious HD.

Hexo+, an autonomous camera drone designed for extreme sports videography, has blitzed through its Kickstarter funding phase raising a staggering $435,000 in just over 24 hours – eight times the original target.

Just over 800 people helped raise the whopping sum, working out at about $540 per backer.

The project still has 28 days left and promises to ship the final product sometime in May next year.

The Hexo+ drone enables users to get spectacular birds-eye shots using a mounted GoPro camera, and can reach a top speed of 45 mph.

“We spoke to a lot of other athletes and filmmakers and we quickly realised that such a system didn't exist,” says Xavier De Le Rue, founder at Squadrone System and 3 times world champ snowboarder.

“With Hexo+, you're going to be able to get the most amazing aerial footage anytime, anywhere.”

Users will frame the shot with their smartphone, setting up variables like drone distance and height. Once it's up in the air, the Hexo+ will then track and follow you, filming and flying in autonomous harmony.

Head over to the Hexo+ Kickstarter page for more info.