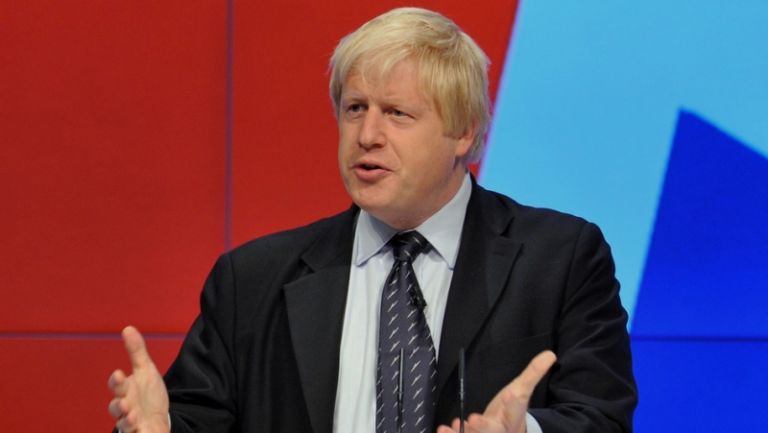 Bumbling old Boris doesn't want his online shopping delivered by courier, but instead wants a personal drone to fly it straight to his doorstep.

Mayor of London Boris Johnson says online shopping has triggered a sharp increase in the number of delivery vans on London roads and it's only going to get worse.

“We have a problem, folks – all this internet shopping is leading to a massive increase in white van traffic dropping this stuff off - 45% it's going to go up in London in the next seven years. That's going to be terrible for congestion in our city and doubtless the same will be true of Singapore as well.

“I look out at this brilliant audience here today, bulging with ideas, and I ask you possibly to solve it. We need a solution … is it, as I hope, going to be drones? I want to be controlling an app that enables my shopping not only to be click and collect … I want my own personal drone to come and drop it wherever I choose.”

Boris' enthusiasm for drone technology may encourage UK authorities to clear current drone prototypes for flight sooner rather than later.

Leading the way is Amazon Prime Air that's reportedly well on its way with Amazon testing its eighth and ninth generation drones, which it says can reach up to 50mph and carry a weight of up to 5 pounds.

Google is also trying to control the skies with Project Wing, albeit to provide humanitarian aid rather than carrying online shopping.

The latest tech firm seeking drone domination is GoPro, which apparently is working on camera-equipped drones.