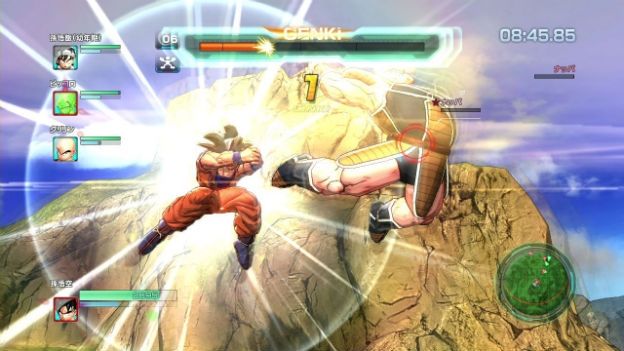 Namco Bandai have announced the new Dragon Ball Z: Battle of Z game that will be released across Europe on PlayStation 3, PS Vita and Xbox 360

Namco Bandai will be releasing the new DBZ team melee action game across Europe for PS3, PS Vita and Xbox 360.

There is currently no confirmed date for the new game but some of the main new features players can expect include 4-player cooperative play and giant 8-player battle royale mode.

Comte says, "The large scale cooperative team melee battles are like nothing players have seen before in a Dragon Ball game. Fans can't afford to miss it."

It is unsure whether DBZ will also Ki Blast into the US.

Namco are also behind the highly anticipated sequel to Dark Souls, Dark Souls II, that was spotted earlier this month with a March 2014 release date on a banner outside the E3 convention center.

View the game trailer below for more about the new Dragon Ball Z: Battle of Z game.