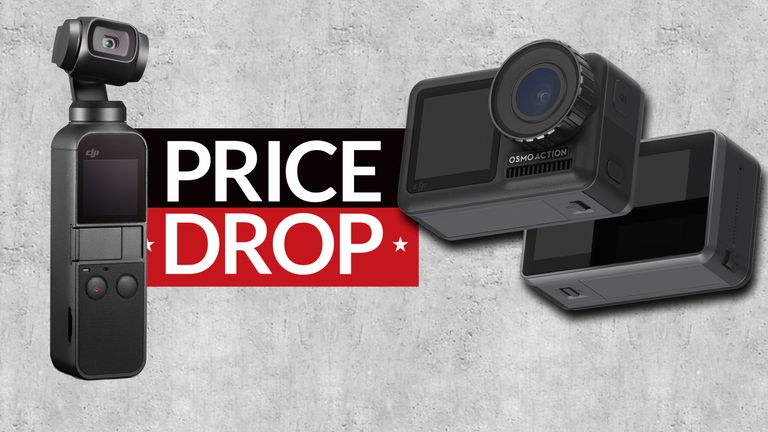 All of those juicy Black Friday deals are just around the corner, and if you’re hoping to snap up a brilliant deal on a DJI drone or camera, you’re in luck right now! Reason being, the DJI Holiday Sale 2019 has just kicked off, offering up to 31% off a selection of popular DJI drones and cameras including the DJI Osmo Pocket and the Ryze Tello kids drone.

DJI is, of course, drone royalty. It produces a wide variety of incredible devices for nailing pro-level photography and videos, with such drones including the DJI Mavic Pro 2 and the latest Mavic Mini, as well as the folding DJI Mavic Air.

The best deal to our eyes is on the Osmo Action camera, which DJI is selling for £249 – that’s a huge £80 saving on the official RRP of £329. Back in July it went on sale for £289 at Amazon, so this current DJI saving is pretty significant. It’s also worth keeping an eye on other websites, as we recently spotted the DJI Osmo Action for £243.99 on eBay.

If you look at our best action cameras buyer’s guide, you will see the best prices available for the Osmo Action, plus GoPro and others. The same applies to budget action shooters in our best cheap action cameras guide.

While the brand’s top-level drones don’t currently feature in the DJI Holiday Sale, you will find many other superb DJI gadgets. Let’s look at some of the most exciting offers now…

DJI Osmo Action | Now £249 | Was £329 | Save £80
Yes, the action camera that put the cat amongst the pigeons this year now has had a big price cut here. The Osmo Action trumps the GoPro Hero 8 Black in terms of having an integrated front display, and uses superb electronic image stabilisation to produce ace action videos and vibrant stills. Our review gave it a giant 5 stars.View Deal

DJI Osmo Pocket | Now £279 | Was £329 | Save £50
This handheld, 12MP mechanically stabilised camera is ideal for adventure photography, as it’s lightweight (116g) and compact, yet durable. The 3-axis stabilised camera starts recording instantly, with a 1/2.3-inch sensor producing 4K (3840x2160) footage at 60fps and 100Mbps. Definitely one for your backpack.View Deal

Ryze Tello | Now £79 | Was £99 | Save £20
The DJI-powered Ryze Tello is a funky little folding drone that weighs a mere 80g, is small enough to chuck in a backpack, and is simple enough for kids and beginners to learn how to fly a drone with. When you’re ready to get airborne, just throw it in the air and the drone handles the rest. It even performs flips and stunt. So cool!View Deal

Tello Iron Man Edition | Now £79 | Was £99 | Save £20
Looking for a last-minute Christmas present for your kids or an Iron Man fan that also happens to like drones? Look no further than the Tello Iron Man Edition. It features the same impressive DJI-powered tech as the Ryze Tello, but has that iconic Iron Man colour scheme and styling. View Deal

Want even more great deals, but this time for your home, fitness regime or even your commute or winter holidays? In addition to Amazon DJI offering tempting sales, a host of retailers across the globe are offering big discounts on top items for all areas of your life. The ones to check out now include: