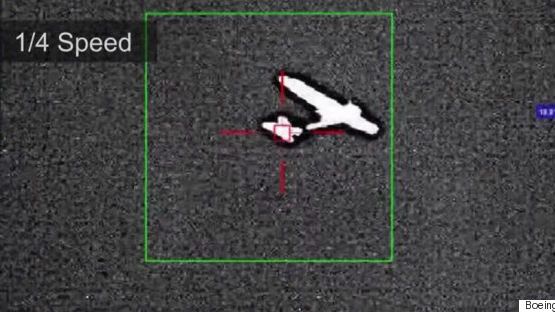 Boeing has unveiled its Compact Laser Weapons System this week; a portable laser weapon capable of blasting drones out of the sky in mere seconds.

• The best drones you can fly and not have shot down with lasers can be found HERE.

We don't advocate violence at T3, but state-of-the-art laser technology is too juicy to ignore. Defense contractor Boeing unveiled its laser cannon in a new video this week, a system that uses radar to autonomously take out any potential unmanned aerial vehicles (UAVs).

It can operate at ranges of up to 40 kilometers (roughly 25 miles), which is well beyond what a human can see with the naked eye. Once it's set up – which only takes a jaw-dropping 15 minutes – it can be operated by one person. All you do is point and shoot the laser (although we're almost certainly skipping a lot of tech mumbo jumbo).

As you can see, the result is pretty incredible. Unlike lasers we see in the movies - like 1987's Predator starring Arnie – you can't see this one coming. An enemy wouldn't know what them or, even better, where it came from.

Boeing's futuristic creation would also be quick and easy to transport on the battlefield. The firm says it could be carried by most tactical vehicles, and didn't rule out chucking it in the boot of your old Ford Escort.

The laser also has one major edge over other defense weapons; the cost. Missiles can cost governments up to seven figures a shot, yet lasers only cost a couple of dollars to fire. Albeit the laser itself costs a pretty penny to run, requiring electrical energy to fire.

If you're still intrigued, check out the video below to see it all in action.