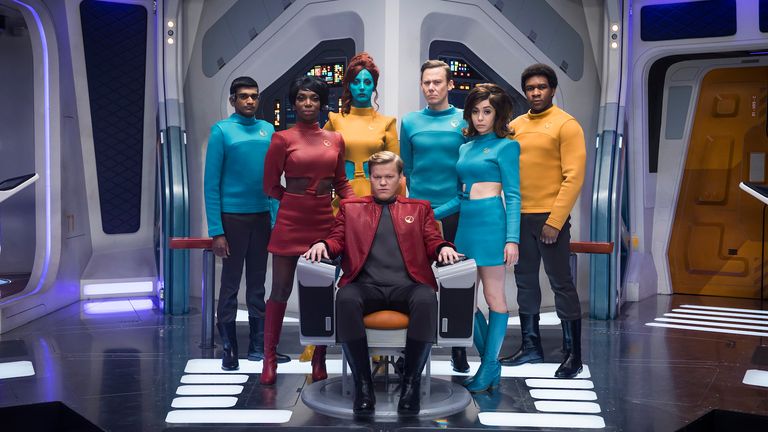 Netflix has released the official trailer for the latest season of Black Mirror and along with it comes the season 4 release date of 29 December.

So the wait for the next batch of mind-warping and dark shows isn’t too long at all. In the meantime there is not only the new show trailer, below, but a whole host of other trailers - one for each episode, also below.

So far we’ve given no spoilers. But if you are a fan of trailers for TV shows, which can give away a lot, then check out the other videos below. The show names for each of the new season’s six episode are U.S.S. Callister, Black Museum, Arkangel, Metalhead, Hang the DJ, and Crocodile.

Black Mirror season 3 was the first on Netflix and won the show an Emmy. That attracted some attention and as a result season 4 has some big names involved like Jodie Foster who directs the episode called Arkangel which stars Rosemarie Dewitt.

Douglas Hodge, of The Night Manager fame, stars in the episode called Black Museum. Andrea Riseborough, of Birdman fame, stars in the Crocodile episode which is directed by John Hillcoat who directed the movie The Road. Hang the DJ is directed by Tim Van Patten who was behind 20 episodes of The Sopranos and 18 of Boardwalk Empire. USS Callister stars Jesse Plemons from Breaking Bad and Fargo fame.

All in all the episodes should be suitably well directed, acted and written to once again blow everyone away. We can’t wait. Check out the trailer below for the series and each episode trailer below that.