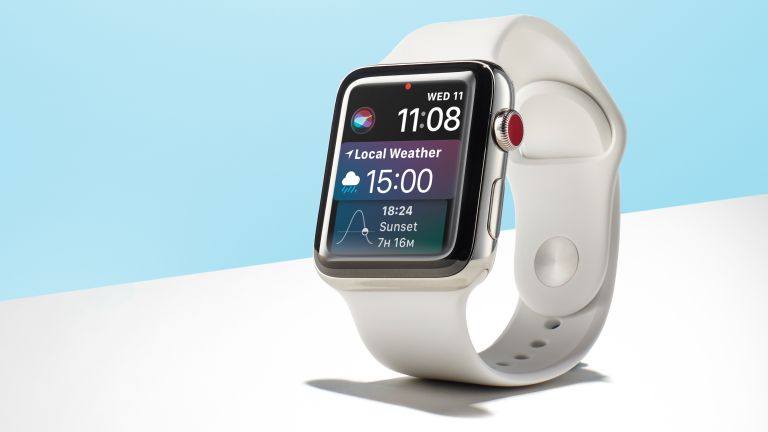 The new Apple Watch Series 4 might not only have a stunning round faced model, but also an always-on screen too, with the features set to help the smartwatch combat the emergence of the Samsung Galaxy Watch that is currently turning people's heads.

The news about the always-on display comes courtesy of 9to5Mac, who report on an Apple patent that revolves around preventing OLED screen image burn-in, a major stumbling block historically to delivering display that can remain on all the time.

And, intriguingly, this report has come mere days after celebrated tech industry designer Muhsin M. Belaal Auckburaully released a mouth-watering new concept video that visualised another of the big rumours circulating right now about the Apple Watch Series 4, that the new range could include a round-faced model.

Here is the Apple Watch Round Series video in full:

The key part of the Apple patent that may indicate an always-on display notes that:

"Organic light-emitting diode (OLED) displays--which are becoming a popular choice for computing device displays--can degrade in a non-uniform manner over their lifespans and lead to unwanted color/brightness artifacts. To address this concern, burn-in statistics--which record historical usage information associated with a given OLED display--can be used to artificially adjust the operation of the OLED display to substantially restore visual uniformity throughout its operation."

A gorgeous new round-faced Apple Watch with always-on display benefiting from the tech as described above? That would almost certainly see the new Apple Watch lodge itself firmly in T3's best smartwatches buying guide and leave it very well positioned to take on the Samsung Galaxy Watch, too.

Of course, whether any new Apple Watch will feature an always-on display is unconfirmed. However, hopefully we will find out more about the new Apple Watch Series 4 at Apple's upcoming event on September 12, so be sure to check back in to T3.com then for the full picture on the new iPhone as well as new Apple Watch.