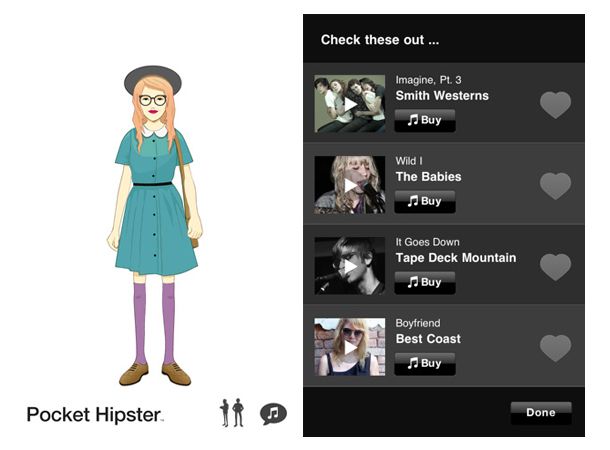 Ad-free Angry birds coming to Android
Android owners have been particularly smug about getting every Angry Birds game for nowt, but let's be honest, those apps are slightly distracting when you're trying to knock those high-flying pigs off their perch. So, if you want ad-free pig smashing and want to pay for the privilege then you'll be able to do so from March.

Facebook has a particularly stalkerish week...
Facebook brings out the voyeur in everyone, but this week has been incredibly creepy in terms of two new unauthorised add-ons. Firstly the now-banned Breakup Notifier would send you an email when anyone on your 'hot list' becomes single again and another app for Android would drop you a line when some cold-hearted Judas Iscariot unfriends you. These are crazy times that we live in, folks.

The Daily on Android?
We all knew that the iPad ecosystem wasn't Apple/News Corp digital newspaper, so an Android 3.0 version was always on the cards. Latest word is that Rupert Murdoch's tablet friendly baby will be arriving on slates like the Motorola Xoom and Samsung Galaxy Tab by Q2 of 2011. After-all, that 100-strong editorial team isn't going to pay its own wages.

A Hipster in your pocket?
Is there anything worse than hipsters? Funky shoes, terrible attitudes, delusions of grandeur and annoying tastes in everything? So why would you want one of these on your iPhone judging you at every turn? Well that's what the Pocket Hipster for iPhone does, it judges you for your music and suggests better artists. And you have to pay for the privilege.

iPhone gaming goes dark...
Here's a new one. A game where you're blind and navigate by following sounds in an attempt to save your woman's soul in a mysterious land of the undead. Papa Sangre (not to be confused with early 90s WWF voodoo master Papa Shango) is certainly a break from the regular iPhone gaming fare and it's unique enough to earn T3's five-star award.

Graphic novels on your Android device
Yes, yes, we're all jealous of the App Store and it's fully-functioning, all guns blazing Marvel Comic app, but finally, there's a comic book app for your Android phone that doesn't make you want to smash it to smithereens. Thank you Graphic.ly.

Lolcats arrives on Windows 7
Exactly how many pictures of cats with funny captions is too many? Hold, on...where's that infinity symbol again. Yes, it's the moment all WP7 owners have been waiting for! No, not copy and paste, an icanhascheeseburger app featuring the endless hilarity of cats with poor grammar. Is it worth a download? Find out in our review