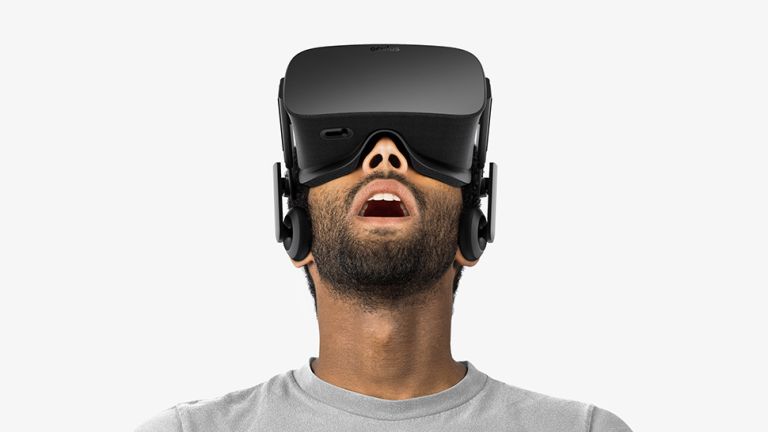 After a whole lot of build up (the Oculus Rift took four years to make it from Kickstarter concept to finished product), the age of virtual reality is upon us - as well as the Rift, VR fans can pick up the HTC Vive or go for several smaller headsets such as the Gear VR.

If you're thinking about buying some VR gear right now or closer to the run up to Christmas, we're here to offer some sage advice about whether you should be spending your cash or waiting a while - and the right answer won't be the same for everyone.

The first wave of hardware

Both the Oculus Rift and the HTC Vive went on sale last year, the first VR headsets to offer truly immersive virtual reality gaming. Unlike the mobile VR experiences that had come before them (such as Google Cardboard), these headsets allow you to move through three-dimensional worlds made up of incredible detail - provided of course that you've got a powerful PC connected up to them.

In this top tier of VR headsets you can add the PlayStation VR, though of course the difference is that you hook it up to a PlayStation 4 rather than a gaming PC. It went on sale in October 2016, a few months after the debuts of the Rift and the Vive.

Mobile VR headsets have been around for even longer, lead by the Samsung Gear VR, which first appeared in November 2015 and has been through several iterations since. The likes of Google's Daydream View and various other rivals are now on the market too, headsets that you plug your smartphone into - they can't offer the graphics and performance of the top headsets, but they're a lot more affordable.

That's been the story so far, and if you've not taken the plunge into virtual reality so far, you might be tempted to now - but is the timing right?

Price cuts all round

One of the reasons you might be thinking about hopping on the VR bandwagon is the big price cuts we've seen across the board - the cost of an HTC Vive was recently knocked down to £599 in the UK and $599 in the US, with similar reductions across the world. That's in the region of 20-25 percent off, depending on where you live.

Oculus owner Facebook was the first to start the VR price wars though, with the Rift available for a mere £399/$399 this summer, a drop of about a third on the original price. When the summer ends, it's going to go back up to £499/$499, though you do need an extra £59/$59 sensor for full-room tracking like the HTC Vive has.

We haven't seen anything similar so far from the PlayStation VR or the mobile headsets (though those mobile devices don't cost all that much to begin with). However, the Rift and the Vive are the flagships of VR, so it's intriguing that their prices are being slashed just a year and a bit after launch.

Are Oculus and HTC trying to kickstart sales or clearing out stock? There's no real way of knowing for sure but at this stage it looks likely to be the former.

The second wave of hardware

There's little doubt that Oculus and HTC will be working on improved versions of their headsets, but so far we haven't seen any real indication that the Rift 2 or the VIve 2 are anywhere close to being launched. From the little hints we've heard so far, it sounds like the cycles for these headsets will be at least two years.

We might well see little tweaks and spec improvements before then, but as for major new hardware, it would be a surprise to see anything before 2019 - think in terms of consoles rather than smartphones.

It's likely to be a similar story in terms of the mobile VR headsets on the market - we're going to see minor improvements rather than major new devices for another year or two. Samsung tends to update its Gear VR headset every time a new device comes out, but the older ones are still fully supported.

If you are tempted by the recent price cuts you don't need to worry that your brand new VR headset is suddenly going to become obsolete - you'll still have plenty of years of virtual reality gaming enjoyment ahead of you, no matter what HTC and Oculus are planning.

So given everything we've said, should you be buying a VR headset today? If you can afford it and you're happy to spend the money then sure - with a few caveats.

If you're eager to start enjoying some immersive virtual reality experiences then you don't need to worry about your Rift, VIve, PS VR, Gear VR or Daydream VR suddenly getting replaced by something better - that's unlikely to happen for at least 12 months. On the other hand if you wait around for the Rift v2 or the VIve v2 then you might be waiting a long, long time.

Something we haven't mentioned yet is content, in terms of games and other VR experiences. There aren't a huge number of titles out there, but you've certainly got enough to keep you going, with a steady flow of new games appearing as well.

What we don't have yet are any flagship games that make VR a must-have, but we might have to wait until the tech gets past the early adopter stage for that to happen. If you're keen to see what VR has to offer, and you're wondering whether to buy or to wait, we'd say go for it - it's never been more affordable.