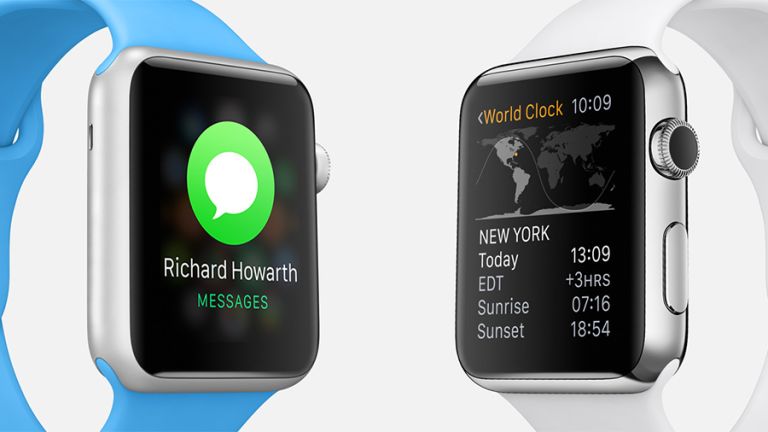 Ever since the Apple Watch was announced last September, it's attracted a huge level of interest from users and those in the tech industry - now it's out and available to buy, why should you be interested in getting one?

The smartwatch market is an increasingly crowded one, with Google's Android Wear devices and independent startups like Pebble providing some stiff competition for Apple. Nevertheless, Apple's timepiece stands out from the crowd right now, and we've highlighted the main reasons why.

Love or loathe Apple, you have to admit it makes some beautifully crafted products. Take a look at one of the promo videos released for the Apple Watch and you can see the care and attention that's gone into manufacturing these aluminium, steel and gold blocks of metal for your wrist. Android Wear devices look relatively primitive in comparison.

The Apple Watch also has some unique design features that make it the smartwatch to beat. For a start there's the Force Touch feature - rumoured to be heading to the next iPhone - that reacts to different levels of pressure, which is handy when using such a small screen. Integrated haptic feedback reacts to your tapping and can act as a discreet notification system.

The digital crown is important as well, allowing you to scroll and zoom without covering up the tiny display with your fingers. The software is as neatly designed as the hardware too, and this is much more than just a shrunken down version of iOS for phones and tablets.

There are lots of devices out there to help you count your steps and track your sleep, but the advantage of the Apple Watch is just how many people it can work for: whether you just want a reminder to get up and walk around every 30 minutes or you're a regular gym goer, the Apple Watch has you covered. The colourful activity rings are a simple but effective way of helping you to meet your targets for the day.

The heart rate sensor is a complex bit of circuitry that you won't find in many other fitness trackers - you usually have to strap a heart rate monitor to your chest to check up on this kind of data - and the rumours are that Apple wants to add more sensors and more functionality in the future.

The Apple Watch also comes with a dedicated Workout app that you can use to keep track of more rigorous exercise - again the idea is to make the wearable as useful as possible to all kinds of people, no matter what their existing routine. It shows elapsed time, distance, calories, pace and speed, though some of those metrics rely on data collected by a connected iPhone.

iOS has always led the way as far as apps are concerned: it was the first mobile app store to open its doors and most new apps are released for iPhones and iPads first (with Meerkat and Periscope being the most recent examples). With so many developers already on board, the Apple Watch isn't short of apps.

With glances (quick alerts), notifications and complications (tiny widgets) available to developers, Apple has obviously put a lot of thought into how apps should work on its new bit of gadgetry. The built-in apps and OS are impressive too, with the digital crown and Force Touch adding to the accessibility and versatility of the UI.

Consider some of the apps already out or in development: you can unlock your hotel room, find your car, check your flight gate at the airport and much more besides. These are apps designed to do much more than simply show notifications as they arrive on your phone, and the Apple Watch is a lot more desirable for it.

Communication: Apple Watch and your iPhone

The Apple Watch comes with a number of impressive communication apps that are unique to the device. For example, you can send a quick doodle to one of your contacts (assuming he or she has an Apple Watch, of course); you can send a large emoticon, a series of taps or even the pulse of your heart beat (you'll probably want to keep that for your nearest and dearest but it's handy to have the option).

That's in addition to Messages and Facebook and all the other standard ways you can keep in touch with your smartphone and your smartwatch. You can actually make and receive calls from your wrist with the Apple Watch as well, though that's not something that's unique to this wearable. You can send voice messages, share your location, and more.

Liked this? Why not read our Apple Watch review.