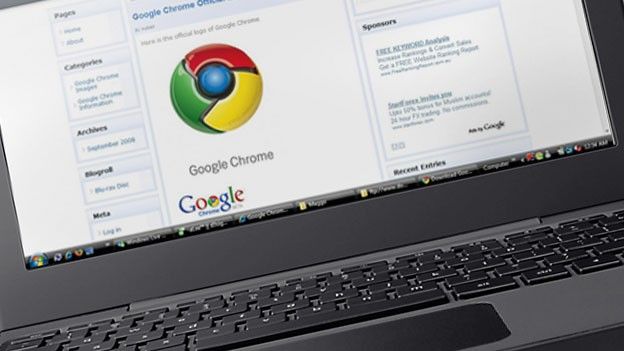 With Samsung and Acer providing the initial hardware, the Google laptop will be an entirely web-based OS, with your content stored in the cloud. So what's coming from the Chrome dream machines?

Google's Chrome OS has been a long time coming. First rumoured some two years ago and pencilled for a myriad mythical machines since, the cloud-based platform will finally make its way into reality this June with the help of robust, cheap hardware such as this: the 12.1-inch Samsung 5 Series Chromebook.

As with all Chromebook laptops, the OS is based almost entirely within the Chrome browser's speedy, easy interface. The idea is that once logged in, everything you do on a Chrome OS machine will be done online and in the cloud (and saved automatically over WiFi or inbuilt 3G), which means all your additional applications come in the form of web apps, available from the Chrome Web Store. The Chromebook boasts a token 16GB hard drive for storing data locally when sans-web connection, although you won't be able to install any third-party software on it - undoubtedly the platform's major downfall.

If you're webbed up, though, there's a choice of over 3000 Chrome apps to install, of which most are free. There's a raft of useful professional tools available: Google Docs (which can be used offline or on) and web-based picture editors like Aviary will take care of your everyday office needs; apps like yaM allow you to go deeper, with the ability to detail, schedule and control all your meetings and minutes before syncing all that data with your Google Calendar; and intelligent to-do list manager TheDeadline will keep your entire office in check.

Other than that 16GB of flash storage, a 10-second boot time, 1280 x 800 resolution LCD display, Intel Atom N570 1.66Ghz Dual Core processor and 8.5-hour battery life, the Samsung shows a lack of hardware bulletpoints. That helps keep the price down to just £349 for the WiFi version, though, and £399 for the 3G-enabled model. The Samsung 5 Series Chromebook launches June 24th.

Extensions - The other string to Chrome's bow

Already using the Google Chrome browser? Head to the Web Store and check out the 'Extensions' section - Chrome's hidden gem. These mini apps run in the top corner of the browser; top examples include Gmail, Facebook and Twitter checkers, which allow you to read updates and mail without leaving the webpage you're on. There are also quick tools like calculators and currency converters aplenty.

Hands on with the Google laptop - Luke Johnson, T3.com

Whilst a browser-based OS might not suit everyone, many users' time in front of a keyboard rarely extends past Facebook, email, online shopping and the occasional Word document. For them, Chrome OS offers a hassle-free experience. To some this might all seem like netbooks 2.0, but while they gradually grind to a halt as users fi ll them with stuff, Chrome OS will keep chugging merrily along as all that data is saved in the cloud. The OS also means that each member of a household can have their own, completely secure account, away from the prying eyes of others. If the prices are right and there's plenty of app support, I reckon Chrome OS will be a hit, and will also help to give cloud computing the push it needs.