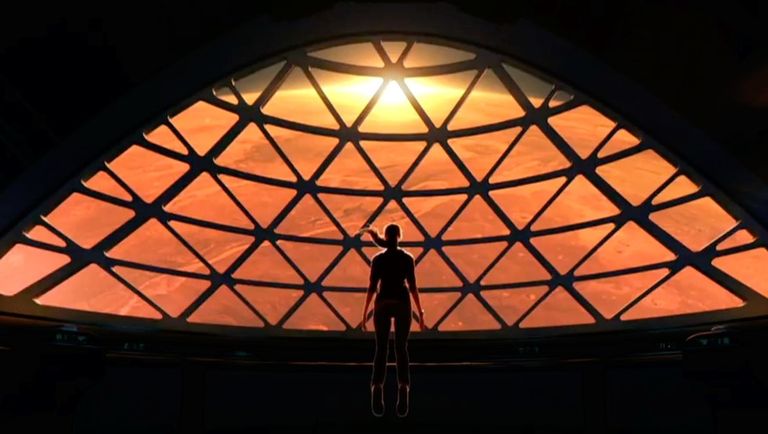 Ever since mankind first looked the stars we've dreamed of stepping foot on worlds beyond our own. Now, under a new plan devised by SpaceX founder and entrepreneur Elon Musk, we could see those dreams become reality… and see it happen far sooner than expected.

Announced at the International Astronautical Congress in Mexico on Tuesday, Musk's concept is easily his most ambitious to date, and one he readily admits will be, “really very dangerous,” for the first astronauts who make the voyage.

So how's he planning to ferry people 54.6 million kilometers from the Earth to Mars? Musk is planning to use an, “interplanetary module,” strapped aboard a reusable booster, one that will no doubt build on the success SpaceX has had so far with its Falcon 9 testing.

That giant rocket booster will have a 12-metre diameter, and a special 'Interplanetary Transport System' shuttle with a 17-metre diameter, making the entire rocket stack around 122 metres high (which is huge when you consider how large the still-in-development Space Launch System from NASA will stand at only 97.5 metres tall).

Musk says each booster will use a staggering 49 individual Raptor engines - a bespoke design still in development at SpaceX that uses a form of cryogenic methane - which the firm has been testing for the second stage of its Falcon 9 rocket booster.

Each module will, according to Musk, carry 100 passengers from the Earth to the red planet, with the Tesla founder stating it would cost, “around $10bn per person,” to perform such a task today. His aim is reach the rather ambitious cost of $200,000 per trip, although just how he'll be able to raise those kind of funds remains the biggest mystery of all.

Despite the big challenge of finding all that funding, the concept Musk so enthusiastically presented on Tuesday does offer some fascinating insights into SpaceX's plans for interplanetary travel.

For a start, the plan is to launch each booster with a small amount of fuel, enough to break through the Earth's atmosphere, before 'parking' the module at a station waiting in orbit. The booster would then return to Earth, land safely, then make three to five trips as it ferried fuel and cargo back up to waiting module.

While the idea of landing a rocket booster back on terra firma does seem a little far fetched, SpaceX has been testing the concept for years - in fact, it landed one on an oceanic platform as recently as July this year so the working tech is there (if it can be scaled up accordingly).

Each craft would then be free to tackle the 80-day-long trip on a full complement of fuel. According to Musk, once on Mars, the plan would be to farm methane from the Martian atmosphere and convert this into a methane fuel that would power return trips.

In fact, Musk has gone as far as stating SpaceX could drop this travel time as low as 30 days, but considering making the trip in 80 would be a serious stretch, such a claim does seem a little reaching, even for the hyperbolic entrepreneur.

There's also talk of the launch system being used to travel beyond Mars, to planets such as Enceladus, the moon of Saturn that was revealed to have a subsurface ocean that could well support life.

Should SpaceX make good on its promises of a realistic colony on Mars in our lifetime, it's not going to come without its risks. As Musk said himself during the announcement: "The risk of fatality will be high. There's just no way around it. Are you prepared to die? If that's okay, then you're a candidate for going."

However, while he's passionate about the plan and readily admits it's become a sole focus for him and his space-faring firm, Musk won't be volunteering as one of the first potentially Mars-bound travellers. "The risk of death would be quite high, and I'd like to watch my kids grow up," he added.

Musk believes he'll have the system ready for launch within the next six years, a couple of years ahead of NASA's plans to make Mars travel a reality. Of course, it's worth taking with a pinch of salt, but in an age where we're constantly searching for our place in the universe, the concept is an exciting one nonetheless.

Why not check out: Inside Elon Musk's Tesla masterplan to take over the car industry