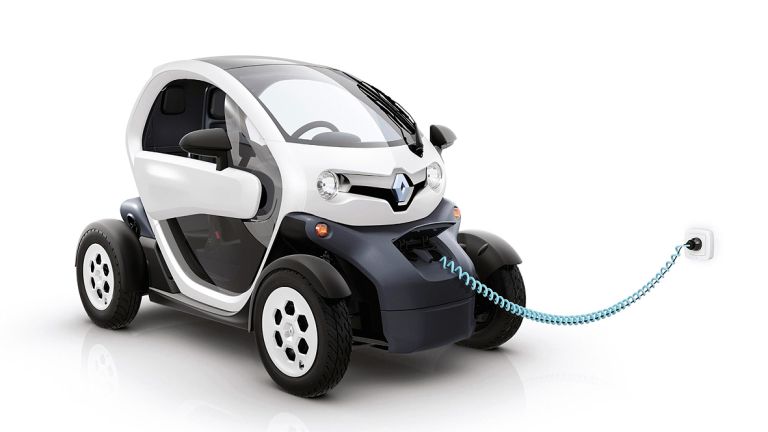 Like any radical new technology, electric vehicles (EVs) can be confusing. Are they cheap or expensive to buy and run? Do they actually do any good for the environment? Are range anxiety and charging real worries? And what are they really like to own, to drive and to look after?

• Our favourite electric cars are listed and rated here.

The good news is there are undoubted up sides to owning an EV, but you need to know about the battery-powered pitfalls too. Good news for you, then, that this here is our guide to the 11 things every driver should know about electric cars…

1. Some electric cars are ludicrously fast

The latest Tesla Model S sports a 'Ludicrous Mode' that allows the four-door saloon to blast to 60mph in just 2.8 seconds. That's precisely the same performance as Porsche's 918 Spyder supercar and faster than just about anything else on the road. In other words, electric cars today are most definitely not the feeble carts of yesteryear. Just like combustion cars, they're available in a wide range of specifications with performance to match. You simply cannot generalise about electric cars being slow any longer.

2. Some electric cars are cheap

Yes, the aforementioned Tesla might break the bank at upwards of £80,000, but cars like Renault's Zoe are much more accessible. In many ways, the Zoe is a standard compact hatchback, similar in size to Renault's own Clio or the Ford Fiesta. You can buy one from just £13,995. You can also put one on your drive for around £160 a month and a deposit of just £600. So EVs are no longer the preserve of well-heeled early adopters. If you are in a position to buy almost any new car, you can probably afford to add electric to your shortlist.

3. The battery is the most expensive bit of any EV

…And also the most important bit, though you probably didn't need us to tell you that. Most electric cars use some variant of lithium battery technology which is similar to your laptop, tablet or smartphone's battery, but somewhat larger adn more complex. That makes it expensive. If that makes battery failure sound impossibly scary, there are things to set your mind at ease. Renault, for instance, has taken an innovative approach to the problem of complex and costly EV batteries. When you buy a Renault EV, you're not buying the battery; you lease that bit. In the event of battery failure, Renault simply replaces it. It's an interesting, worry-free approach to running EVs, even if it adds to the monthly cost.

4. Electric cars are easier to maintain than conventional cars

For the most part, electric cars are far, far simpler than their combustion counterparts. Indeed, if EVs were the norm and somebody suggested the introduction of a new technology involving hundreds of oily moving bits facilitating thousands of tiny explosions per minute, everyone would think the idea was bonkers. As it is, EVs have far fewer moving parts and far less opportunity for failure, which should make them cheaper and simpler to run in the long terms. The exception is the cost and complexity of battery tech. However, the combination of clever battery-management software and also battery leasing schemes can take almost much of the stress and worry out of EV ownership.

5. Range is probably less of an issue than you think…

Have a guess at the average distance of a car journey in the UK. Give up? It's roughly eight miles according to the government's 2014 National Travel survey, and it's been falling year-on-year. Renault reckons that around one third of small hatchbacks never make a journey of more than 100 miles in their entire operational life. Yep: the car is built, sold, used, sold on, eventually scrapped and throughout that entire cycle never once driven more than 100 miles. With that in mind, the whole 'range anxiety' thing seems a bit daft, given that most modern electric cars will do 100 miles or more on a single charge. Even BMW didn't engineer its i3 model, pictured here, to do dramatically more than 100 miles, because it's just not necessary for most small cars.

6. Some electric cars can travel hundreds of miles

Your options do narrow if you want preoperly long range, but Tesla's Model S is officially good for 330 miles, and some judicious owners have even beaten that figure, with the current unofficial record being 452 miles on a single charge. There was, admittedly, one tiny catch: to achieve that result, the Danish owner travelled at an average speed of 24.2mph. Patient guy.

7. You can charge your EV at home

For most people, most of the time, charging and range simply isn't an issue. Simply hook the thing up every night like you do a smartphone, then use it during the day. For a lot of people, their daily use means this is all the charging they are ever going to need. If there is a catch it's that charging EVs up on the roadside if you don't have a garage or off street parking can be a problem. So an electric car may not be suitable if you only have access to on-street parking. It's also worth noting that charging up using a standard domestic socket can take 10 hours - or considerably more for the EVs with the biggest batteries.

8. The range of electric cars can suffer in cold weather

If there is a legitimate anxiety involving electric car range, it's cold weather. There are a few reasons for this. Firstly, the lithium batteries in most pure EVs just don't like the cold. It makes them less efficient and you will motor through the available charge more rapidly – as much as 50 per cent more rapidly. Making matters worse, arguably the bigger problem is use of the cabin heater in cold weather. That can put a huge additional dent in your available range. However, if your EV is stored in a warm garage, that can mitigate the range loss, especially if you preheat the cabin while still attached to the mains.

9. EVs are ultra-quiet and relaxing to drive

Once you've gone electric, you may not ever want to go back. The calm and serenity of a pure-electric car is something very special indeed, and can make conventional cars seem a tad antediluvian. Suddenly, the very idea of dragging around a tank of smelly, combustible fuel and all kinds of old-fashioned oily bits doing that suck-squeeze-bang-blow thing seems a bit Edwardian. The really good news is that this applies to affordable electric cars like VW's E-Up! as much as a £100,000 exotic EV.

10. Electric cars can be kind to the environment and your wallet

This is where things get complicated, because much depends on your usage. A worst case EV scenario will be expensive and have little positive environmental impact. The upsides can be significant, however. For starters, conventional combustion cars are roughly three times more expensive to fuel. EVs are also typically marginally better in regards to net CO2 output when charged from the electricity grid. If you are able to charge at least sometimes from renewable sources, for instance using solar power at home, that aspect improves. EVs also have zero local emissions which is a huge benefit for air quality in towns and cities.

11. There are roughly 10,000 public charging points in the UK alone

That's not bad, although they're only in around 3,500 locations. There are at least six major national charging networks, including Ecotricity, Podpoint, POLAR and of course Tesla's growing network of Superchargers. The fastest chargers can rejuice an EV to 80 per cent in as little as 30 minutes. Next up are a number of local or regional charging networks. Some of these stations, such as ChargePlace Scotland, are free to use, too. Of course, pretty much any power socket is a potential charging point, though speed does become an issue, here.