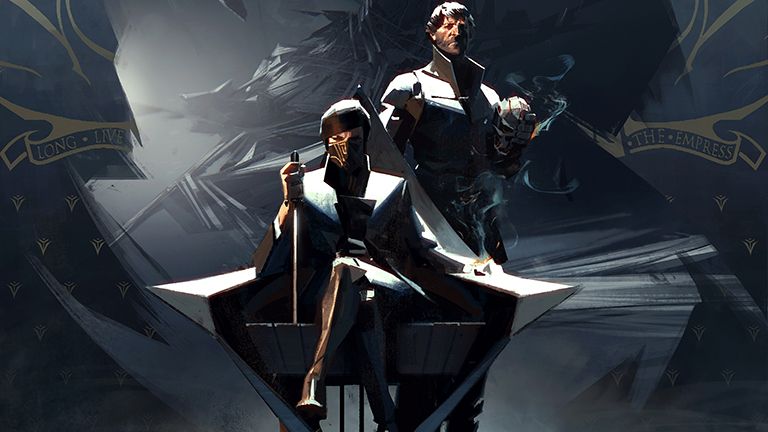 We loved the original Dishonored here at T3 Towers, so when the opportunity arose to interview Cristophe Carrier, Level Design Director on Dishonored 2, ahead of the game's launch we jumped - or should that be blinked? - at the chance.

T3: We love technology here at T3.com, so I see no better place to start this chat than Dishonored 2's new game engine, the Void Engine. What improvements does this engine bring over that of the original game and, from your point of view, how does it aid level design?

Christophe Carrier: This new engine was certainly a great enhancement for the art team, and provided more space in some areas of the design. I'd say that combined with the multiple upgrades in console technology it was a very good move to do it. Of course, creating a new engine, even on a solid basis, is always a risk and requires a lot of work, but at the end of day Dishonored 2 couldn't have been what it is without it.

T3: Talking of level design, can you briefly talk through your thought processes when designing a level for Dishonored 2?

CC: At Arkane, we have an approach that is, as far as I know, rather unique in the games industry. After we've gathered ideas on the locations we'd like to see in the game, we start building each level by putting together a Level Designer and a Level Architect - and by together I mean physically next to each other - and they will continue this partnership during the entire production. The Level Architect's job is to make sure that the visual aspect of the level matches the art direction, that the architecture canons are respected, the lighting is beautiful, and the global picture is readable in terms of volumes and contrasts. The Level Designer's job is to implement the gameplay mechanics, create the missions and their different objectives, and make sure that the player will have multiple ways to achieve them with a fluid circulation. This last point requires a constant collaboration between these two people who will build the geometry accordingly, iteration after iteration, as far as possible within the production constraints.

In the end everybody wins this friendly “battle” that will result into a level that's fun to play and beautiful to look at. This method requires a great deal of iterations. In terms of level design, these iterations happen at first because the level designers, Joackim Daviaud (our Lead Level Designer), and myself, play the levels many times, over and over. Then playtests complete this process by providing hours of incredibly useful information. Watching and analyzing playtests is having a glimpse at the players' psychology, deducing patterns, and learning more each time from our mistakes. Of course, it's a method that is not always friendly to other departments, because it forces them to also iterate.

T3: Dishonored, as a series, grants the player a lot of freedom to complete their missions as they see fit? Surely this is a nightmare from your point of view when designing levels? How far should player freedom be indulged?

CC: I wouldn't say it's a nightmare. It's indeed difficult, but it's also part of the “problem solving” aspect of level design, which is very rewarding at the end. Player freedom is essential because it's how they explore their creativity. So the more the better. But, as your question implies, it has to have boundaries at some point. Of course, these boundaries exist in our game, there are many in fact, but our job as level designers is to make them as invisible as possible to the player. Let me give you two examples:

Physical Boundaries - all our maps end at some point. They do have invisible walls, so we try as hard as possible to make it so that the players will only find them because they were looking for them, but it'll stay out of the mind of the ones who weren't. Also, we use mountains, large gaps and “fictionally legitimate” street blockers, which are perceived as “natural” boundaries.

"Psychological" boundaries - if an object can't be interactive for diverse reasons, then we try to make it not look too attractive - like removing 3D handles on some drawers - so that it doesn't trigger this urge to interact that we all have as gamers. So we suppress the need for interaction rather than simply making the object not interactive. It provides more trust in the environment for the player and favors immersion, without breaking the suspension of disbelief.

This latitude of player agency is essential to us.

T3: The original Dishonored wasn't as fun, in terms of pure gameplay (so removing ethical and moral choices from the equation), when you chose a non-lethal run. Does Dishonored 2 do anything to address this?

CC: That's an interesting question because it is related to the previous one actually. Non-lethal has two aspects. Stealth and combative. Some players had great fun while playing non-lethal in Dishonored, but one piece of feedback that came back to us was that, in general, players had less stealth tools at their disposal, which translates into the fact that their freedom of choice wasn't enough. In Dishonored 2, the stealthy players will have as many tools and new powers as others to play with, and the beauty of it is that some of them are ambivalent, like Domino or Mesmerize. And for the combative player, all fatalities now have a non-lethal equivalent.

T3: What was your favourite level in the original Dishonored? Why?

CC: I didn't want to have a favorite. And even if I did, I had to bury this notion in my unconscious, because it would have biased my everyday work.

T3: For you personally, what is Dishonored - as a series - really about? What messages is it trying to communicated to the player?

CC: Systemic game design allows a lot of creativity from the player in the sense that the world responds in logical terms (within the game cannon) to their desire. Building systems (in the widest sense of the word) is mostly what game designers do at Arkane.

Game design and level design are two disciplines that overlap in many aspects but are very distinct. One could think that the latter is part of the other because of the semantic. But in this industry, and especially in AAA teams, they end up being very different disciplines. That said, they both should go in the same direction to create a real identity in a game.

So, our level design is based on the same principle. Which is letting the player do what they want, whenever they want (within the limits explained above), hence also enhancing their creativity.

Player Creativity. That is what I'd like the player to enjoy in the Dishonored series. It is, I think, one of its most important aspects.

T3: And, lastly, what is the single coolest thing you have done, experienced or made while working on Dishonored 2?

CC: Having proposed the “time travel level” idea, designed its mechanic and its main tool, “the time piece”, and brainstorming on the many “time puzzles” that it contains. It was almost like creating a game within the game. I love to be surprised in games and this level, A Crack in the Slab, will certainly put the players outside of their comfort zone, but just enough to make them love the experience.

T3: Thanks Christophe, it was a pleasure.

CC: No, not at all, the pleasure was mine.

For more information about Dishonored 2 then check out the game's official website now.