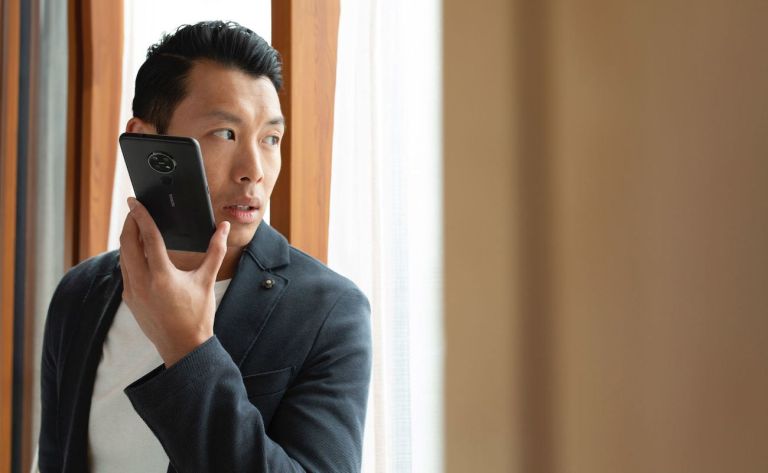 The Nokia 7.2 impresses in plenty of areas, but has plenty of competition around the same price point and slightly higher.

Perhaps it's something to do with the escalating price of top-end flagship phones, but the mid-range smartphone market is getting increasingly crowded these days – which brings us neatly to our review of the Nokia 7.2, very much a mid-ranger at an affordable price.

Since it's reboot as a phone brand under the care of HMD Global, Nokia has indeed excelled at these sort of middle-of-the-road phones – decent specs at decent prices, sitting somewhere between Motorola and OnePlus in terms of overall aesthetic appeal.

The higher the number the more advanced the phone in the Nokia range, and this is the successor to the Nokia 7.1 that appeared last year. Check the widgets on this page for the latest prices, but expect to pay from €299 or roughly £265 to get your hands on the phone.

If you're not bothered about top-of-the-range specs but are in the market for a clean and fast software experience, with better-than-average photo-taking capabilities thrown in as well, then this handset is worth a serious look. Read on for our full Nokia 7.2 review.

True to recent form, Nokia has put together a very nice-looking device here – it doesn't have the premium feel of, say, a Samsung Galaxy S10, but it is light and comfortable in the hand. We like the matte back on this phone too, which comes in a choice of green, charcoal and white colours.

The 6.3-inch, 1,080 x 2,280 pixel LCD screen does the job, and is suitably clear and bright: it's not that easy to tell the difference between this and a very high-end display, though side by side the disparity is noticeable. The bezels are thicker than you would get on more expensive handsets, and the teardrop notch cuts into the screen a little awkwardly, but you have to bear in mind how affordable this phone is.

Around the back the triple-lens rear camera creates a camera bump that we could do without, but overall it's a phone that you won't be embarrassed to take out and show off when you're in the company of others. The little white notification light on the power button is a nice touch too, especially when it's lying face down on a desk and you want to know if there's anything that needs checking.

You do get a headphone jack with the Nokia 7.2, something of a rarity these days, and also of note is the dedicated Google Assistant button that sits on the left of the handset as you look at it (the power and volume buttons are on the right). The fingerprint sensor is on the back, rather than embedded under the screen.

Inside the Nokia 7.2 you've got a (mid-range, obviously) Snapdragon 660 and 4GB or 6GB of RAM, paired with 64GB or 128GB of internal storage, which you can expand via a memory card. Our review unit is still new and unbloated, but everything was responsive and speedy, even when switching between several apps or getting some demanding games up on the phone.

In part that's due to the clean, near-stock version of Android 9 Pie. Nokia phones are part of the Android One program, which guarantees speedy Android updates for two years, and security updates to keep your phone protected for another year after that. It's a refreshing change when you've been using some of the cluttered Android skins that the Chinese phone makers like to put out.

And so to the camera, perhaps the one slightly-better-than-mid-range part of the Nokia 7.2. That triple-lens 48MP+8MP+5MP camera can get some very good shots in well lit situations, and some satisfactory shots in low light, though noise can start to be a problem as the illumination wanes. We did like the way the camera app recognises what you're trying to take a photo of, and adjusts the capture settings accordingly.

You can see some of the pictures we snapped above – the primary 48MP camera can help get some very tidy shots, though the light does need to be good for the very best results. Overall, it's going to get you a usable shot more often than not, which isn't always the case when you're shopping at this price point.

Of course there are phones out there with a better camera and with better specs than the Nokia 7.2, but are they worth handing over three times the amount of cash for? It really depends what you're after in a phone, but you won't be disappointed with the value-for-money proposition that the Nokia 7.2 presents.

We should also mention battery life, which impressed – we found we had at least a quarter of a battery charge left by the end of the day, and sometimes more, though admittedly that was only with intermittent use of the phone. What you don't get here is wireless charging, and there's no full IP68 waterproofing and dustproofing either.

The screen and the overall design of the phone left us impressed, and the camera is able to get some nice shots – the portrait mode and blurred background effects are usually well-delivered, for example. Add in the fact that the software is speedy and bloat-free, and that the build quality is top-notch (as you would expect from Nokia), and this a very capable all-rounder.

Perhaps the biggest problem with the Nokia 7.2 is the competition: the Pixel 3a, for example, has one of the best cameras around and doesn't cost much more. If there is a complaint against the Nokia 7.2 it's that it doesn't really stand out enough – but when you're talking about less than £300 for a phone, doing something that's really compelling is a tricky challenge for any smartphone maker.