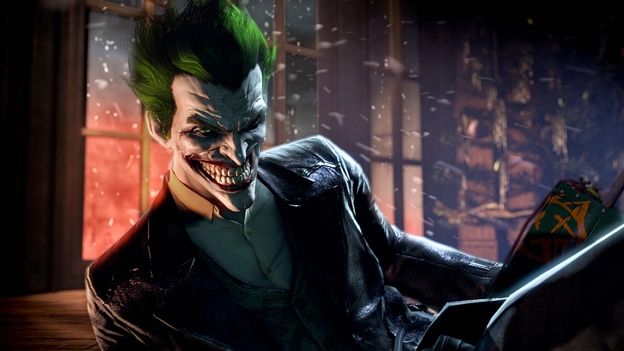 Batman Arkham Origins is a worthy entry in the Arkham series, even if it brings precious little in the way of innovation to the table

Batman: Arkham Origins was always going to have a tough road ahead of it. Not only did it have to compete with Batman: Arkham Asylum and Batman Arkham City – two of the best games ever made – it had to quash fears from the fan base.

When news emerged that RockSteady, the British studio behind the first two Arkham title wasn't developing Origins, there were murmurings that new studio, WB Montreal wouldn't be up to the task.

It's perhaps for this very reason the new studio hasn't taken all that many risks with Batman: Arkham Origins. The game looks and plays very much like its predecessor and very little of the core gameplay has been tinkered with.

Like Arkham City, Batman Arkham Origins puts players in the boots of the Dark Knight and gives them the dark, Gothic city of Gotham to move about in. Like Arkham City, Gotham is draped in snow and the only people on the streets are clutches of villains who are ignoring a citywide emergency curfew.

The rooftops and alleyways of Gotham are also filled with a ton of collectibles – Riddler packs, Black Mask drugs and Penguin weapons caches – and hunting them down will take a small age. Players glide through the streets using Batman's cape and they can use his Bat Claw to slingshot him through the air.

They have access to a host of gadgets from the previous games – batarangs, gas pellets and so forth – and a couple of new toys such at the Remote claw, which can be used to create zipline and tightropes. It can also be used as a ranged weapon; when fired at two targets it slams them both together.

Batman's detective vision makes a return, allowing players to see enemies and items of interest through walls. Batman can also remotely access his computer at certain crime scenes and construct 3D images that show players what transpired. It's a neat gimmick but it essentially amounts to watching an animated playback and looking for highlighted sections.

Combat is still a one-button-attack although players can deploy quick-fire gadgets and they have to watch out for incoming attacks from enemies. It's generally sublime, although occasionally player agency feels a little off and fight animations can be a bit hard to read. This is problematic since so much of one's success in a fight depends on timing.

The developers have also tossed a couple of new foes into the mix; there's a martial artist who is able to counter attacks and a giant enforcer, which the player needs to daze with a cape flick before administering a beat down.

Aside from the fisticuffs and puzzle solving, players will also spend some time in Predator rooms; these are rooms filled with gun-toting enemies capable of dispatching Batman with a couple of shots, so it's wise to stay in the shadows and only attack enemies when they're isolated.

So with much the same mechanics and design in effect, Arkham Origins has to rely on the game's plot to win over the audience. It's not half bad, to be sure. As the title suggests, this story is set early on in Batman's career as a caped vigilante. As the game begins, a villain named Black Mask places a $50m contract on Batman's head, which attracts a group of assassins and bounty hunters to converge on Gotham.

At the same time, villains who aren't interested in hunting down the caped crusader turn their attentions to a citywide crime spree while Batman is otherwise engaged. Batman has to shut down the activities of Gotham's criminals, defeat the bounty hunters and arrest Black Mask. All in a night's work, really.

The other new feature – and it's probably one fans will approach with some trepidation – is the online multiplayer. In it players take on the role of gang member working for either The Joker or Bane and then they have at it in a turf war. The idea here is to control points in a map and wipe out the opposition until they run out of respawn tokens.

The big twist here is that a third couple of players can take on the role of Batman and Robin and their job is to stalk the other players as though the online mode is one of the many Predator rooms in the main game.

As fun as this all sounds – and it is a lot of fun – Arkham Origins has more than a couple of issues. Aside from issues of timing in the combat, we noted several glitches and bugs.

One instance involved being unable to interact with an enemy that surrendered. Another, which prompted a restart, involved falling endlessly through the scenery. In our full play through of the game – which was a retail copy – it also crashed several times.

So Arkham Origins isn't as good as its predecessor, but that's not to say we don't heartily recommend you pick up a copy – especially if you're a fan of Batman. Even with its issues, its glitches and its lack of innovation, Batman Arkham Origins is an absolute blast to play.

With Challenge Rooms, Extras and an online mode in play, it's likely gamers will return to this title again and again. It seems that even on his worst day, Batman is preferable to a lot of the competition.