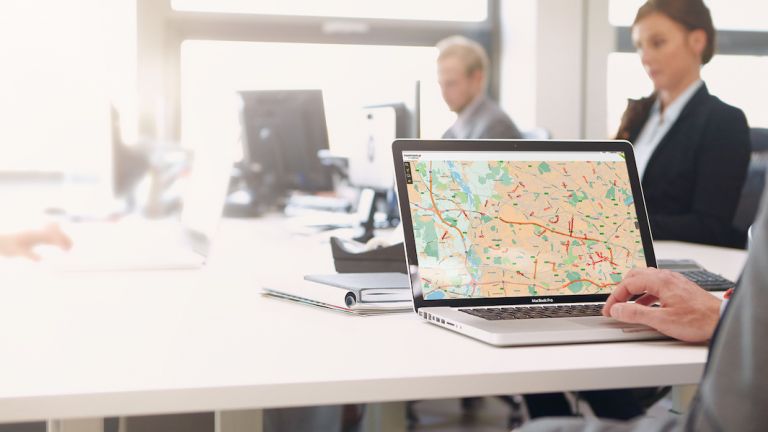 It's been a busy day for the chaps over at TomTom. The sat-nav king has unleashed a load of new products, including a GoPro rivalling action cam and a system for planning your journeys before you get in the car.

That service is called MyDrive and it seems like a pretty clever idea. From either an app on your phone or through the website you'll be able to pre-plan journeys and then sync them with a TomTom sat-nav. So when you get in the car everything is set-up and ready to guide you on your merry way.

Developers will also have access to the service, so you might see it turning up in more and more apps over time.

To go alongside MyDrive, TomTom announced a bevy of new devices. The Go 6100 is easily the slickest of the lot, packing a 6-inch multi-touch display and, thanks to a built-in sim card, unlimited data wherever you are around the world. There's also a 5-inch model, the 5100, and one that dispenses with the data completely.

Each of these models, the Go 6100, 5100, 610 and 510, benefit from free worldwide map updates and traffic alerts, plus the MyDrive goodness we mentioned earlier. It's a pretty interesting prospect, especially if you'd rather avoid using a combination of your phone and Google Maps to find your way. Prices start from £169.99, rising to £299.

At the Amsterdam event TomTom spoke at length about how it's going to have a hand in the development of autonomous cars, notably how it has been collecting all the data needed for self driving cars for years.

We still don't know what TomTom's role in these clever cars will be, though co-founder Cees Von Dok said, "We have patents to find a parking spot using real life satellite feeds. It's not available today but soon it will be." No more spending Saturday morning aimlessly driving around the Tesco car-park looking for a free space, then.

So, with all the car stuff out of the way TomTom set about inserting itself into another product category - action cameras. Its first attempt is the Bandit - a £309 4K shooting, waterproof and sensor filled cam that takes a decidedly different approach to market-leader GoPro when it comes to design. A combination of motion detectors and GPS kick the Bandit into life when something exciting is happening and you can review all the footage instantly from the companion mobile app.

Then you can shake your smartphone and the app will stitch together the video, overlay some tunes and spit out a movie. How well will this work? We'll have to wait and see. It's available to order now from the TomTom store.