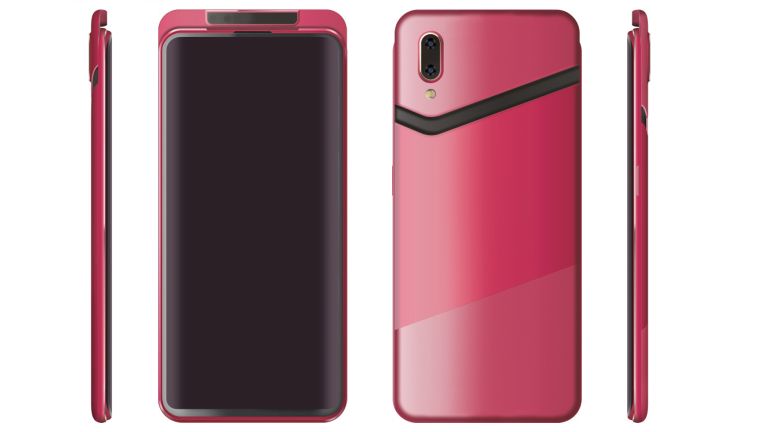 An intriguing new patent from Oppo suggests the company is planning an exciting follow-up to the Oppo Find X smartphone launched last year.

The handset boasted a physical drawer that housed the front-facing camera, thereby preserving the 6.4-inch all-screen display on the front.

Whenever users want to take a selfie – or use the iPhone X-esque facial recognition system built into the drawer – they have to wait for the motors to physically pop-up the drawer with the cameras. It's an approach also adopted by the likes of the Xiaomi Mi Mix 3, its 5G-enabled counterpart, Honor Magic 2, and others, although not all of these use a motorised approach, with some instead relying on the handset owners good ol' fashioned elbow grease.

The design of the follow-up was revealed in a patent application filed in March to the European Union Intellectual Property Office, or EUIPO. It was granted to Guangdong Oppo Mobile Telecommunications for an as-yet unannounced (and unnamed) handset.

The drawings filed with the official patent application were first spotted by the eagle-eyed team at Dutch blog LetsGoDigital, who have mocked-up glossy new renders of the design featured in the EUIPO document.

The design is very similar to its predecessor, although there are a few clear changes. First up, there is a prominent "V" etched into the rear case, which replaces the curvaceous motif on the Oppo Find X.

This time, not one, but two cameras are integrated into the motorised sliding drawer mechanism. It's unclear whether these will be used for new photography effects – like the ultra wide-angle selfies designed to let you take group shots without a selfie stick on the Google Pixel 3 XL – or whether it's to improve the facial recognition.

It also looks like Oppo is switching things around on the rear panel, too. A new dual-camera system is vertically-aligned, compared to the horizontal set-up on the Find X.

There's no fingerprint scanner to be found. Of course, there wasn't on the predecessor, either. It's possible Oppo will once again rely entirely on its facial recognition system, or it could use an in-screen scanner – just like it has done with its hugely-successful Oppo Reno series.