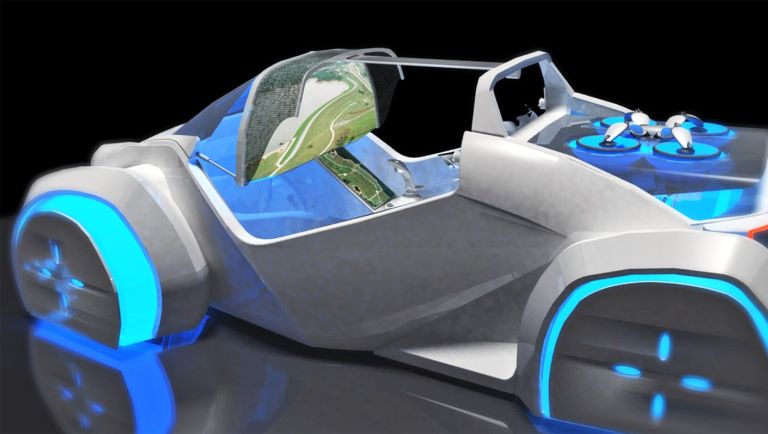 Can a car concept be too much? Well when it's made with 3D-printed parts, fully autonomous and filled with a trunkful of gadgets and in-car forms of entertainment you're certainly capturing every single car-based zeitgeist with one fell swoop.

That's what Local Motors had in mind when it teamed up with the Texas-based Mouser Electronics to create the Essence of Autonomy Challenge, which dared designers to take its 3D-printed car, the Strati, and envision how they'd improve it for one of the most divisive and exciting future motoring technologies - autonomous driving.

There were plenty of odd and curious versions that made their way into the challenge, but one stood out the most - mainly because it let you interact with a drone while you're driving. No, seriously. With your attention no longer fixed on the road in front of you, why not have a drone that follows your car giving you a live bird's eye view feed?

The concept design also included internet connectivity - because social media can't wait, even when you're 'relaxing' on the road - as well a pair of projectors that project media onto the windscreen in front of you. Want to watch a film while you're robotic driver takes you home? Best hope you've stashed some popcorn in the glove compartment.

The design was so quirky and off-the-wall that Local Motors invited the winning designer down to Phoenix, Arizona and will be invited to participate in the final build process and production video with Local Motors and Imahara.

Why not check out: The best tech for quantifying your driving