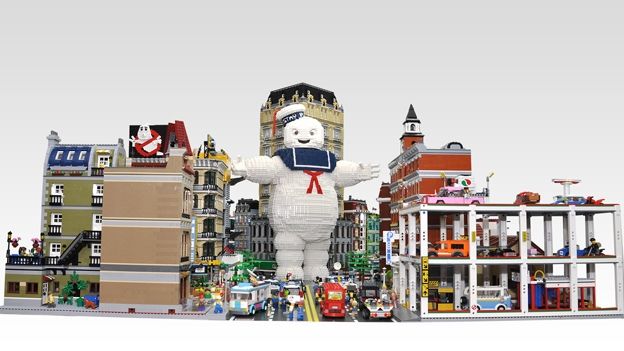 If the official Lego Ghostbusters set wasn't enough for you, then prepare to be blown away.

That's because a Lego aficionado has built not just a street scene fit for the model, but a scale replica of the Stay Puft marshmallow man. Yes. You read that right.

It even includes the official Lego Ghostbusters set.

The whole model is huge – the tallest building in the collection stands over three foot tall. However, the size of it isn't the only thing that's impressive – there's also a lot of detail.

The Lego creation is the work of Korean fan OliveSeon.

Perhaps the most impressive part of the diorama is the Stay Puft man. He looks the spitting image of what you remember from the film –right down his expression.

Unfortunately, it's unlikely Lego will ever release OliveSeon's Stay Puft marshmallow man as an official set – and even if it did, it would likely rival its other most expensive sets.

OliveSeon has detailed the entire model set on their Flickr page, so if you need a Lego Ghostbusters fix, head on over there.