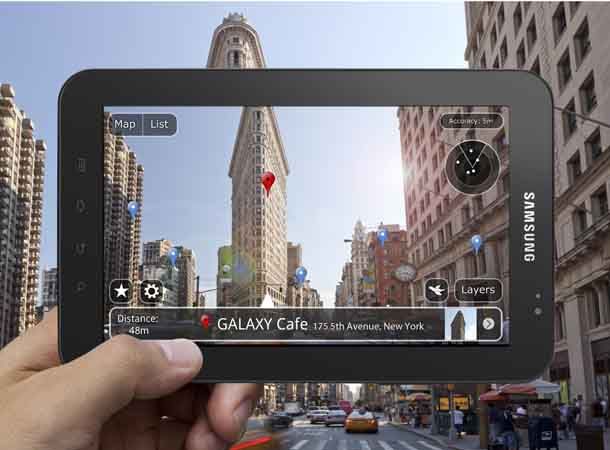 Samsung to price itself out of battle with the iPad?

Online retailer Amazon UK has seemingly revealed the price of the Samsung Galaxy Tab announced recently at IFA in Berlin, giving the pocket-sized tablet device a shockingly high and wallet hating price of £799.

Despite announcing the Galaxy Tab and its specs during its IFA conference, Samsung has yet to declare an official stance on the portable gadget's pricing or release date. Whilst Amazon has also failed to give the Galaxy Tab a date of availability its sky-high pricing would see the Samsung Device cost £100 more than the highest spec Apple iPad.

The Galaxy Tab will feature a 1GHz processor, Google's Android 2.2, FroYo operating system and a front facing camera for video calls, features all seen in high-end smartphones, it is hard to see where Amazon has come up with this heavily increased pricetag for the 7-inch tab.

Elsewhere online store Clove has placed the Galaxy Tab at £615, considerably less than Amazon's offering but still more than a number of the iPad models that currently dominate the tablet market.

If this pricing proves accurate, Samsung's attack on Apple's tablet prowess is unlikely to register as anything other than a blip on the Cupertino based company's radar. For all the latest on the Samsung Galaxy Tab including official release dates and prices stay tuned to T3.com or sign up to follow T3 via Twitter and Facebook.