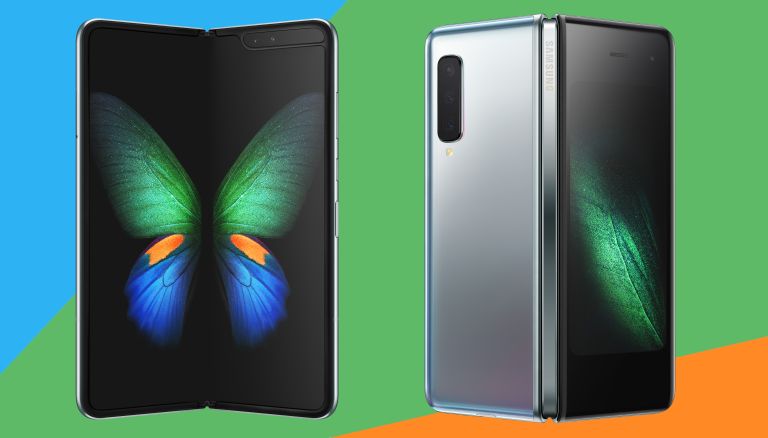 After months of silence, Samsung has finally confirmed when its long-awaited Galaxy Fold will hit store shelves worldwide. The flexible handset – the first from the Seoul-based company – will re-launch from September.

The pliable smartphone was originally scheduled to launch in April, but was unceremoniously pulled days before the release date due to issues with the flexible OLED display purportedly caused by the 'alarmingly fragile' folding design.

Well, despite unconfirmed reports Samsung struggled to fix all of the problems with the Galaxy Fold, the firm is clearly confident enough with its work that it's gearing up to launch the £1,800 ($1,980, €2,000) handset on the world.

Ahead of the revised launch date, Samsung has shared details about exactly what has changed in the new hardware. These design and construction changes include:

Along with these design improvements, Samsung says it has also been continuously working to improve the overall Galaxy Fold user experience, including optimising more apps and services to support the all-new dual-screen and folding experience.

Samsung is still conducting final product tests before it launches Galaxy Fold starting from September in select markets. Unfortunately, there's no word on the exact date we can expect to see the Galaxy Fold launch in the UK.

Samsung says additional details on availability will be shared closer to launch.

Obviously, we'll need to get our hands on the Galaxy Fold to see whether enough has been done to resolve the issues that plagued the first batch of review units sent out to US media ahead of the North American launch. However, the above check-list does seem to tick-off all of the concerns raised by journalists who experienced the problems with the first-generation Infinity Flex display, as well as spotted in the guts of the Galaxy Fold during the iFixit teardown.

Samsung has shared a slew of new press images that reveal the subtle tweaks the design – most notably, the smaller gap between the pliable Infinity Flex OLED and the body of the handset and new protections around the hinge at the back of the phone to stop pocket lint and debris infiltrating its way into the mechanism.

Last month, The Investor reported Samsung Display Vice President Kim Seong-cheol said that "most" of the issues that had plagued the folding OLED have successfully been "ironed out". The revelation was made during a speech at an industry event organised by the Korean Information Display Society. It's unclear whether Samsung has made further changes since then to eradicate the "most" from that less-than-reassuring statement.

However, lest we forget, Samsung rolled-out a fixed version of its problematic Galaxy Note 7 a few weeks after the global recall that suffered the same battery over-heating issued that plagued its predecessor.

The news comes as arch-nemesis Huawei pushed back the launch date of its own folding flagship phone, the Mate X. Originally scheduled to debut this month, the Huawei Mate X will now launch in September, the company has confirmed.

Huawei isn't being specific about why exactly it's decided to pull its feverishly-anticipated first foray into foldables but in a series of interviews with CNBC and The Wall Street Journal, Huawei explained that it wanted to take a "cautious" approach after the issues that have plagued Samsung Galaxy Fold.