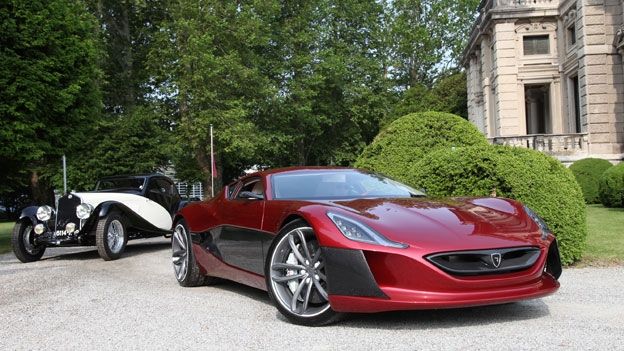 Rimac has announced that its Concept One electric hypercar will be making its debut at the Salon Prive supercar show in London this September.

The £780,000 hypercar has been developed by Croatian luxury car maker Rimac and features a custom-made interior by Pininfarina and Bulgarian leatherworks Vilner.

What makes the Concept One so special however is its technological wizardry under the hood. Boasting a 92kWh battery pack the Rimac Concept One has an astonishing range of 310 miles (Rimac even calls this their realistic estimate) and can propel the driver from 0-60 in a blinding 2.8 seconds.

Mate Rimac, the 24-year old prodigy and Chief Executive of the company explains what sets the Concept One apart from any of its competitors saying, "We started with a blank sheet of paper. The idea was to create an exceptional supercar with a new propulsion concept."

With only 88 models of the Concept One being made this is more than just an exclusive car and at over £700,000 it's not exactly cheap. That said Rimac believes you still get value for money.

"What we have here is a fully-fledged hypercar that is as powerful as a Bugatti, as stylish as a Ferrari, and as luxurious as a Mercedes, all while managing to forsake even the tiniest sip of gasoline."