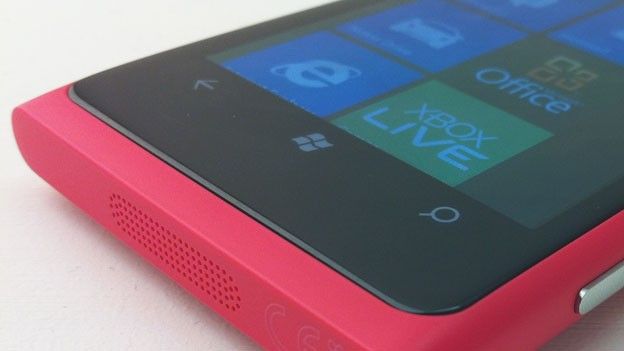 Less than a week after it officially unveiled its first Windows Phone 7 handset Nokia has confirmed the Nokia Lumia 800 UK release date with the HTC Titan rival to land on November 16th.

The company's first series entry into the smartphone market since it announced earlier this year it was to partner with Microsoft to produce Windows Phone 7 devices, the Nokia Lumia 800 release date is to see the WP7 device touch down a day before the UK arrival of the first Android Ice Cream Sandwich handset the Samsung Galaxy Nexus.

Whilst the Galaxy Nexus is to be a true powerhouse of the smartphone market sporting a 1.2GHz dual-core processor, 4.65-inch 1280 x 720p Super AMOLED HD display and 1GB of RAM, the Nokia Lumia 800 is to follow the trend set by the current high-end Windows Phone 7 devices.

Playing host to a 1.4GHz single-core CPU the Lumia 800 will feature a 3.7-inch Clear Black display with a rear-mounted 8-megapixel camera to feature a Carl Zeiss lens and 720p HD video recording capabilities.

Set to be made available with a choice of three differently hued injection moulded polycarbonate shells, black, cyan and magenta, the Nokia Lumia 800 price has been set by smartphone retailer Three with the mobile network provider to offer the handset on a pay-as-you-go basis for just £399. Orange and Vodafone have both confirmed they are to stock the Lumia 800 but have yet to reveal their prices or tariffs.

Which handset would you rather sport as your pocket blower the Windows Phone 7 powered Nokia Lumia 800 or the Android Ice Cream Sandwich rocking Samsung Galaxy Nexus? Let us know via the comments box below.

Can Nokia's Lumia 800 beat the Windows Phone pack? Find out in our Nokia Lumia 800 video