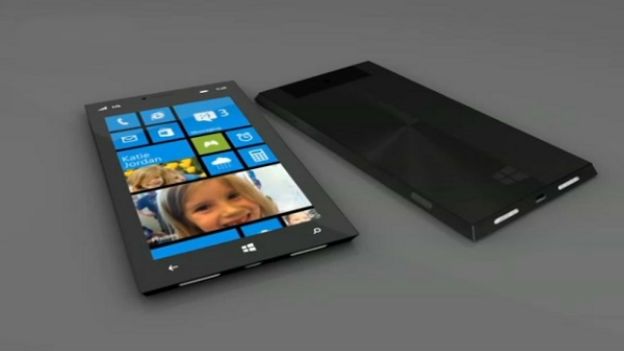 Rumours and news from across the web on Microsoft's Surface Phone

With Windows Phone 8 proving popular, speculation has grown that Microsoft might be manufacturing their own handset. We round up all the rumours and speculation across the web.

Released late 2012 the Microsoft Surface RT has, according to CEO Steve Ballmber, had only a 'modest' amount of sales.

Just a few weeks after launch, the tablet received some criticism from users, who said that the accessories were prone to damage.

With third-party-manufactured Windows 8 phones proving popular, it would certainly make sense for Microsoft to look into manufacturing their own phone, however in an interview with Information Week Microsoft's Senior Marketing manager, Greg Sullivan has denied the claims.

As these things go, Sullivan's denial seems to have done nothing but fuel yet more speculation and rumour about a possible Microsoft Surface Phone.

The most promising news comes in the form of an article from IBTimes which suggests that Microsoft will unveil a new tablet and phone at Computex 2014.

Reports suggest that the tablet will be a smaller 8.4-inch version of the Microsoft Surface whilst the phone would be a flagship Surface phone running an updated version of WIndows Phone 8 which will tie in more with Windows 8 RT.

With Microsoft's launch of the Xbox One and Xbox Smartglass it seems logical that Microsoft is looking to create an ecosystem that integrates tablets, smartphones and its games console.

The Surface Mini and Surface Phone would also launch with the much-anticipated version of Office for the Metro UI whilst there have been reports that Siri-rival Cortana will be set to launch at Computex as well.

Despite the Marketing Manager's denials, Digitimes.com has reported that Foxconn, which manufactures a whole host of smartphones, has already received orders from Microsoft for the phone, with a mid-2013 launch date. Sources pointed out that the own-brand handset would have a limited shipment volume at first.

A French website has seemingly managed to track down the GPS location of a mysterious device; 'Juggernaut Alpha', which is thought to be a codename for the Surface Phone. The devices' GPS location traced back to none other than Microsoft's owncampus, where the Windows Phone development team is situated.

With nothing confirmed by the manufacturer, any details on the phone's hardware are purelyspeculative; however there are some rumours circulating at the moment suggesting a 300dpi display measuring around 4.3-4.7-inches, a multicore processor and an 8mp camera. Naturally, the operating system is most likely to be Windows Phone 8.

We will be bringing you all of the latest updates on the Windows Surface phone if, or when, they break.