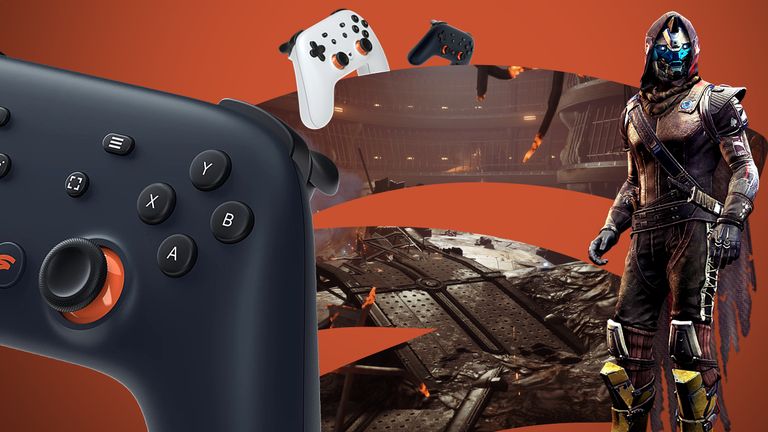 Google has confirmed a truck load of new details about its hotly-anticipated game streaming service, Google Stadia ahead of the E3 2019 gaming conference next week.

The next-generation service, first announced back in March, squarely takes aim at forthcoming home consoles like the Sony PS5 and Xbox Two from Microsoft, with Google taunting its rivals with the tagline "the future of gaming is not a box".

Google confirmed partnerships with some of the biggest studios, like Bethesda, 2K Games, EA Games, Rockstar, Sega, Square Enix, and Ubisoft. Stadia looks set to launch with a game to cater to almost every genre, from RPG to sports, racing, fighting, and first-person shooters. Considering Google only had DOOM Eternal and Assassin’s Creed Odyssey signed-up to Stadia during the March announcement, it has clearly been busy cutting deals these last few weeks.

So, when will you be able to stream these titles over your home broadband connection? Google Stadia will launch in November in 14 countries, including the UK, Canada and United States. The exact date will be confirmed closer to the time.

Google Stadia will primarily be a subscription model like Netflix. The service promises instant access to AAA titles – no patches, updates, or downloads necessary. Games can be played across a multitude of devices, too. Phones, tablet, Chromecasts and laptops can all access console-quality games via Stadia – with saves and settings carrying over instantaneously as you move between devices.

The Google Stadia Pro subscription package costs £8.99 ($10) a month and includes access to games in 4K resolution running  at 60 frames-per-second – as long as your broadband connection is fast enough, of course. There's also support for 5.1 surround sound and a rotating selection of free titles available to subscribers, much like what PlayStation Plus offers. The first free game will be Destiny 2: The Collection.

As well as the all-you-can-eat menu of games in the Google Stadia library accessible via a Google Stadia Pro subscription, there will be additional titles that have to be bought individually like ye olde times. This makes the subscription model closer to Amazon Prime Video than Netflix, since it blends one-time purchases and free content bundled with the monthly subscription in the same store.

Stadia Pro subscribers will get an unspecified discount on "select game purchases," according to Google.

If you're not looking for blistering 4K resolution or immersive 5.1 surround sound, Google Stadia will include a free subscription tier. Unlike the Stadia Pro subscription, there are no free-to-stream titles to be found here. Instead, you'll have to cough-up for each and every game that you'd like to stream via Google Stadia. The free tier is also limited to 1080p resolution and stereo sound.

If you're internet connection isn't fast enough to support the pixel-packed 4K resolution – Google recons you need at least 20Mbps to stream games in 1080p, and 35Mbps to get 4K running properly – the free subscription tier could be ideal. It's also a great way to test out the service, since any games bought from Stadia will be bumped up to the higher resolution if you upgrade your subscription.

Google has also opened up pre-orders for a Google Stadia Founder's Edition bundle, which includes a three-month Stadia Pro subscription with access to Stadia at launch as well as three months of Stadia Pro to give away to a friend. It also includes an exclusive Night Blue Stadia Controller, a Google Chromecast Ultra to streaming games direct to your TV – all for £119.

Given that it would usually cost £53.94 for two people to subscribe to Stadia Pro for three months each, and Google charges £69 for the Chromecast Ultra in its Online Store – the Founder’s Edition is a bit of a bargain.

Google Stadia Founder’s Edition is available to pre-order now ahead of the launch in November 2019. And if you're not yet convinced, don't worry – Google will unveil more games headed to the subscription service at Gamescom in August.

This will likely be part of Stadia Connect – an ongoing series of events that offer a first look at Stadia news, events, new games, bonus features, and more. If that sounds at all familiar, it's likely because Nintendo offers a very similar type of presentation – known as Nintendo Direct – to reveal new titles, software updates and more planned for the Nintendo Switch and Nintendo 3DS. So stay tuned.