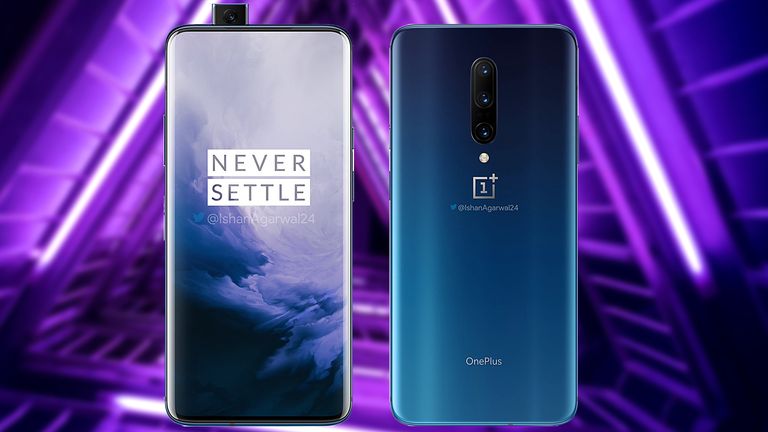 The stunning photograph was snapped by National Geographic photographer Carlton Ward Jr. for a supplement entitled "Inspired by Nature". The gorgeous image shows rugged coastal landscape, with a river snaking through the forest, cloaked in mist. In fact, every image in National Geographic's "Inspired by Nature" supplement has been shot on the OnePlus 7 Pro, which has a triple-camera set-up.

Speaking about the collaboration with National Geographic, OnePlus confirmed that three of its photographers – Andy Bardon, Carlton Ward Jr. and Krystle Wright – took the device out to shoot for the magazine.

Talking about his experience on the shoot, Carlton Ward Jr. said, “With the OnePlus 7 Pro, you have a whole camera bag in your pocket which is what has allowed us to be able to shoot images for this project.”

The Shenzhen-based company will unveil its flagship OnePlus 7 series at a trio of launch events held simultaneously in London, New York, and Bangalore today.

We already know a lot of details about the OnePlus 7 Pro, thanks to a steady trail of breadcrumbs shared by the smartphone start-up. OnePlus has already confirmed the smartphone will sport a next-generation OLED display with a "smooth" 90Hz refresh rate, speedy UFS 3.0 storage, 5G compatibility, but no wireless charging.

That's a lot of information on a smartphone that hasn't launched yet. Little is known about the standard OnePlus 7, which the company hasn't really mentioned at all in the run-up to the launch event.

@natgeotravel photographer @andy_bardon captures the beauty of the natural world with the new OnePlus 7 Pro, launching May 14. #ShotonOnePlus OnePlus

Elsewhere, prolific tipster Ishan Agarwal has shared a series of high-resolution renders that seemingly confirmed all three colour finishes coming to the OnePlus 7 series, including a dual-tone blue known as "Nebula Blue", a new cream-ish, gold-ish blend purportedly branded as "Almond", and "Mirror Grey" – that looks remarkably similar to the Mirror Black one seen on the OnePlus 6T last year.

“With the OnePlus 7 Pro, I believe we have raised the bar in camera technology. With this association with National Geographic,” Pete Lau, Founder and CEO of OnePlus commented on this partnership.

“We wanted to push the limits of what our camera is capable of and we believe that the professional National Geographic photographers did just that. We are very excited to showcase the results from this partnership and hope that our users will be as excited about the camera on the OnePlus 7 pro as we are."

If you didn't manage to snag a ticket to any of the sold-out launch events tonight, don't worry. T3 will be in the crowd and will bring you everything you need to know.