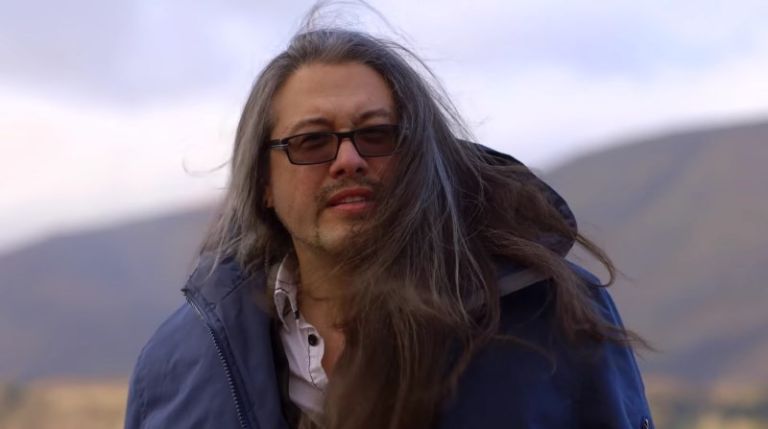 If a new quirky little live action trailer is to be believed, veteran games developer and co-creator of Doom John Romero is getting ready to get back in the first-person shooter game... with a new game.

The trailer, which you can check out below, takes more than a little inspiration from a certain scene in Star Wars: The Force Awakens (semi spoilers!) and sees Doom and Quake co-creator Adrian Carmack wandering through some deserted ruins before offering a hooded Romero a... mouse and keyboard? Okay, it's pretty silly but hey, these guys did put the corridor shooter on the map so we'll allow them a little fanboyism.

More importantly, said trailer teases a proper announcement for whatever Carmack and Romero are actually working on 25 April. Is a Star Wars-related project? Probably not. Will it be a bloody, ultraviolent shooter with a big shotgun? Well, let's just say we wouldn't be surprised to see at least one shotgun in there.

After years out of the development game, Romero announced he was working on a new shooter back in August 2014. Things have been pretty quiet on that front ever since but with Carmack on board we're tentatively excited for what Romero could do with modern development advances. A new Doom? And a new Romero shooter? Is it Christmas already?

Why not check out: PS4.5 codename and specs leak - PlayStation Neo features upgraded hardware as well as 4K