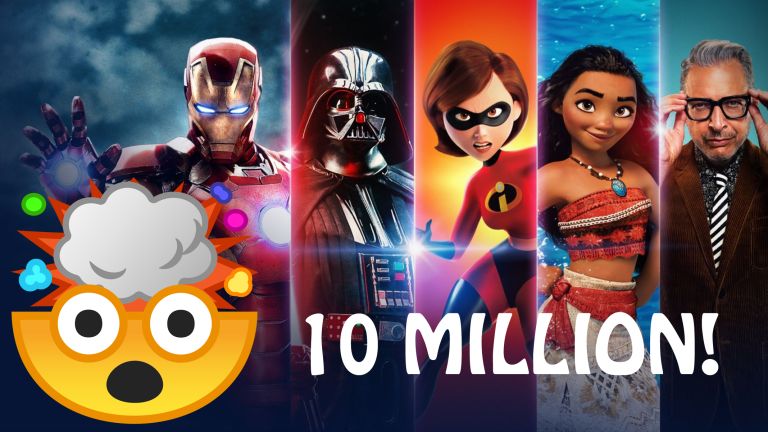 Disney+ (also styled as Disney Plus) has amassed more than 10 million subscribers within its first day, with users from the United States, Canada and many more places around the world signing up in droves.

The fact that Disney Plus is now the home for all of Disney's modern and classic content, as well as all the movies and shows from Marvel, Pixar, Star Wars and Fox, means that in the age of increasingly fractured content libraries, Disney+ is a welcome breath of fresh air.

With just one subscription you get access to all these content libraries, and don't have to worry that next week certain shows may get bought out by another streaming service, necessitating you to buy yet another subscription.

Disney+ | $6.99 per month
Disney Plus costs a super affordable $6.99 per month, and as part of that initial sign-up deal you get a 7-day free trial, too. This gets you access to all the movies and TV show content that Disney Plus has to offer, with 4K, HDR visuals and Dolby Atmos audio coming as standard.View Deal

Disney+ | Hulu | ESPN+ | $12.99 per month
In terms of launch bundle deals, though, you can get Disney+ with Hulu and ESPN+ for just $12.99 per month. That's thousands of movies, TV shows, channels and live sports events, for one affordable price point. Indeed, when you consider that the standard Netflix plan costs $12.99 per month on its own, and delivers none of the Hulu or ESPN+ content, as well as a fraction of the Disney programming, the crazy value of this deal becomes obvious.View Deal

Disney+ previously said that it expected to amass 60-90 million subscribers by 2024, but after this absolutely incendiary start, a start which Disney said "exceeded our highest expectations", it looks like that figure is going to have to be revised up massively.

Right now Netflix, which is the market leader when it comes round to streaming, has 158 million subscribers worldwide (as of October 2019), so it definitely does still have a little breathing room. But, with Disney already pulling or expected to pull more content from every other streaming service, how long it can sit safe really remains to be seen.