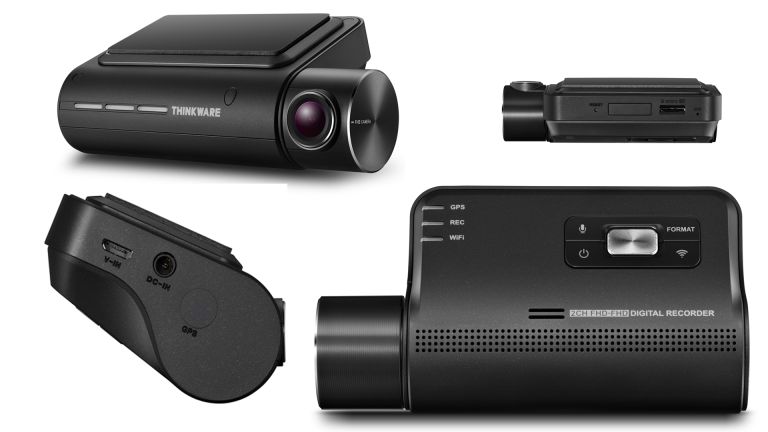 Dash cams are taking over Britain’s cars, with over 3 million fitted in the UK according to an RAC survey. Now Thinkware’s latest flagship dash cam arrives, with cloud connectivity, satnav-style features such as safety camera alerts, and a range of useful safety aids.

Here’s why you need one…

As well as watching your car when parked (using either time lapse video for 72 hours, or ‘wake on impact’ video for up to a week), the F800 Pro has a whole raft of advanced safety features built in.

These include the Lane Departure Warning System, for when you drift out of lane on a long drive. There are also warnings of impending front collisions, both on motorways and crowded, urban streets, and Front Vehicle Departure Warning, which notifies you when the car in front is pulling away.

The F800 Pro shoots FHD 1080p footage from front and rear, with an advanced, Sony Exmor R STARVIS sensor for both. Super Night Vision 2.0 provides video ‘up to 10 times the brightness’ at night and in dark environments both while driving and in parking mode.

Built-in A-GPS means speed, time and location data are embedded into your videos. Your location is also stored when on standby, so the GPS can lock on immediately when the cam is fired up again. An optional, external GPS antenna can also be used, so heated or sun reflective windscreens don’t interfere with reception.

3. It could save you money

Insurers are increasingly willing to accept dash cam footage as part of insurance claims and some UK insurers offer discounts to dash cam users. In a few parts of the world, dash cams are considered so effective in increasing road safety that they’re actually mandatory!

The F800 pro dash cam makes insurance claims easier and, in more extreme cases, could even help you prove that a collision is not your fault. The Thinkware cloud arrives in autumn and will add even more security, with geo-fencing, Locate Vehicle and Driving Impact Notification when there is an impact of 3G and above.

Connect your F800 Pro to an iOS or Android phone via Wi-Fi and you can easily view, download and delete cam footage. This also enables firmware updates and the refreshing of safety camera location data.

5. You could capture something incredible

With a bit of luck, you could end up with footage that’s seen all over the world… or at least picks up a few likes on Youtube, where there are no end of dash cam videos to be seen.

The Thinkware F800 Pro dash cam packs a tonne of tech, yet costs just £269 for a one-channel (front only) system and £349 for front-and-rear, dual channel.