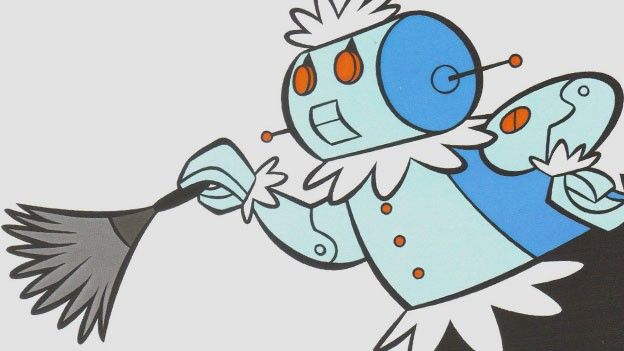 Don't be needy, be succeedy: employ a series of artificial intelligences to take care of all those brain-numbing daily chores, says futurologist James Wallman

Seeing all those tooled-up Libyan lads on TV recently, flashing the victory Vs as they rode their pickups into Tripoli, really got me asking questions. Questions like: does the Arabic word for victory also begin with a V? Or did they get the idea from Churchill? And where did he get the idea from? Because flicking the Vs – and this is why I'm allowed to go on about the Arab Spring in a tech magazine – began life as a sign of technological superiority.

It started in Agincourt in 1415 as a way to wind up the French. Before battle, our lads would show off the two fingers they'd be maiming them with later that day, using the superior tech of the day: the longbow. The victory that followed is a great example of what better technology does. It makes your life better.

In line with Moore's Law, technology has continued to become better and faster, infiltrating ever more areas of our life. By 2020, 100 million everyday devices will be hooked up to the internet, according to Ericsson's CEO Hans Vestber. This ultraconnected way of living is being tested right now on the Isle of Wight – the natural home of cutting-edge technology, let's face it. Tech behemoth IBM is running a project there called Eco Island. “We're putting sensors, monitors and control devices into people's homes,” says Andy Stanford-Clark, master inventor at IBM.

The project's aim is to help people manage their energy use. In the future you'll be able to, as Stanford-Clark explains, “take different streams of data, wherever they come from, and combine them in interesting and novel ways”. You'll then be able to use this information to let your home essentially manage itself; when the milk's running low, your fridge will notice and order some.

The same concept is already at work in the minibars of Seattle's Hotel 1000. Snatch some macadamia nuts and the charge is automatically added to your bill, while your guest profile is adjusted to include your preference for pricey nibbles. Not sure if you'll be in for that milk delivery? Your electronic PA – a muchadvanced version of Nokia's Nokia Bots project, which helps your smartphone learn your routines – will check your diary and pick a time that suits you, or task your personal home 'bot with taking the delivery.

Bill Gates thinks they'll be as ubiquitous as home PCs by the mid-2020s. What a wonderful world it will be: all your boring chores taken care of by your PA system, leaving you free to fl ick the Vs at those clueless technophobes next door, blundering to the shops for milk.