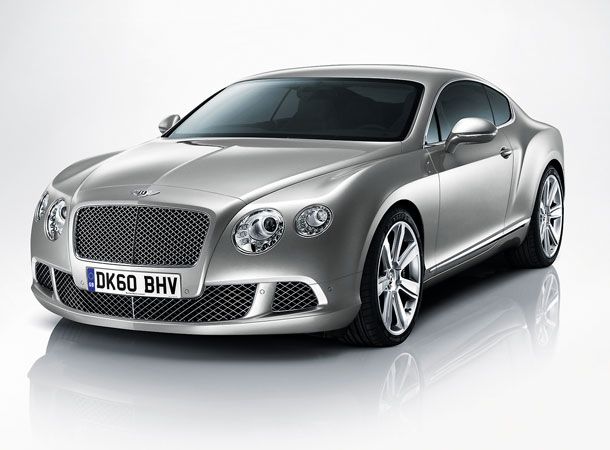 Firing up the new and improved Continental GT

The original Bentley Continental GT, released in 2003, rejuvenated the company's image and fast became Bentley's most successful model to date, spawning a soft-top sibling and a Supersports derivative that was matched only by black holes and star destroyers for outright power and speed.

The upgraded Continental has big boots to fill, then, but Bentley has delivered. Power output and efficiency improve on the original, while the overall weight of the car has been cut. In late 2011 a powerful V8 version will be unleashed, capable of going 0-60 in 4.4 seconds and reaching a top speed of 198mph. The four-wheel drive chassis remains, but the six-speed automatic gearbox is revised and an active suspension system is fitted as standard.

Six litres, 12 cylinders, 576bhp, 516lb of torque. A new V8 engine is due in late 2011. Bentley promises that will offer a 40 per cent reduction in overall emissions

You get eight speakers with phone and MP3 connectivity as standard. Want concert hall-quality sound? Go for the optional, 11-speaker Naim system

An original hatchback with a panoramic windscreen, the DS4 has customisable alert tones and massaging seats.