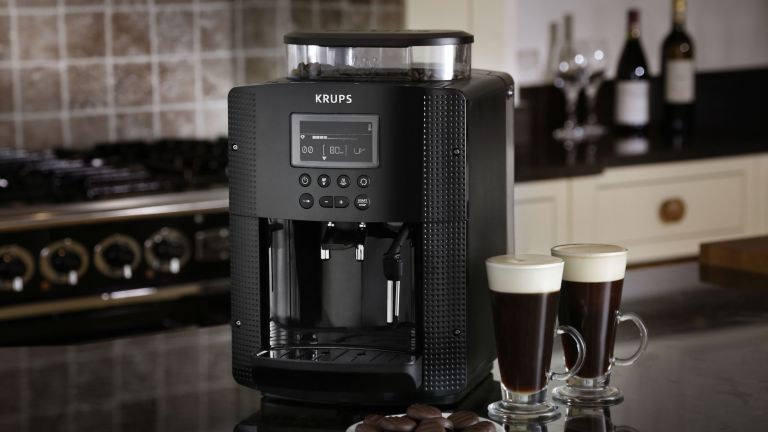 Coffee has long since surpassed tea as Britain's favourite drink – I know, sad times. First this was by riding first the Starbucks wave. Then came a growing underground army of artisan coffee shops, where they weave their own wallpaper, and run courses in how to put the Mona Lisa on top of your .

Now, in certain parts of London, it's far easier to get a decent cup of coffee than it is to buy, say, a newspaper or toilet roll.

Not surprisingly given the cost of many of these outlets, the market for coffee machines and related paraphernalia has also boomed hugely in recent years.

At T3, we've seen all the Best coffee machines – innumerable espresso coffee makers, drip coffee makers, bean-to-cup machines, grinders and more pour through our post room, and we've formed some strong opinions on what the best kit is, and how to get the most out of it. And now, we're going to share them with you, dear reader.

There's a lot of arcane nonsense written about the art of coffee preparation, but trust me, you can get great results even if you don't know your coldpress from your tamper. Read on and you'll be making the perfect cup of coffee at home in no time.

If you want a machine that makes great coffee and makes it looks like you know what you're doing, but actually requires no skill at all, Sage by Heston Blumenthal's The Oracle is the only way to go.

This bean-to-cup machine has all the hallmarks of a shop machine. There's a high-class burr grinder (the only acceptable type of grinder for coffee zealots) feeding into a standard-looking portafilter (the thing with the handle that the coffee pours into).

There are twin boilers, so you can extract coffee and steam milk at the same time (v pro) and an excellent group head (the thing you slot the portafilter into), that forces water through at the correct pressure to make espresso coffee.

In short, it makes all the correct whooshing and whirring noises and makes it appear you are the ultimate barista. The trick: in reality, it's using a computer to do everything for you, from grinding to tamping (pressing the coffee down in the portafilter so the water flows through at the right rate) to pre-soaking to extraction. Its steam wand even has a stab at automatically frothing the milk, although this, it must be said, has sometimes mixed results.

The real stroke of genius is that you can manually adjust almost every imaginable parameter, from grind to tamping to extraction time to 'milk frothiness level' (that's the technical term), so if you really want to get technical you can. Or, you can use default settings/the settings you find you like, and never think about it again.

I got one of these beasts five years ago. Yes, it's pricey, yes there's a fair amount of maintenance involved. But I doubt I've got as much use and as much pleasure out of many other bits of tech in that time. It's cost me a f**king fortune in pricey coffee beans, too.

Yes, this really surprised me too. A lot of people, not unnaturally, assume that pod machines are one step up from an office Flavia from the 1990s, and horribly wasteful to boot.

However, having talked to a few people far more enthusiastic about coffee than me, I was surprised how much they liked Nespresso et al. I have even heard the phrase "perfect delivery system" bandied about by a man who sells artisan coffee so obscure, even the farmers who grow it have never heard of it.

The best pod machines are a classic exercise in industrialised optimisation. The grind, water pressure and extraction time are all as near perfect as possible, given the variability of bean flavours and the requirements of the drinker.

The plastic pod maintains freshness of coffee – a highly perishable commodity,  once roasted and even more so once ground – in a way that would have seemed like witchcraft 30 years ago.

Get something like the Krups 'Nespresso Expert' machine above and they also chuck in more control options, nicer styling, and a pretty decent milk frother as well.

The carbon footprint of a plastic pod is also less horrific than you might imagine, or at least so I'm told, and there are compostable pods appearing on the market now.

Since a court case, third parties are free to make Nespresso-compatible pods – Starbucks does so, in fact – and some of them, like these roasts from Colonna, are truly excellent.

It all begins with the grind

Okay, so if you want a cheaper option than the Sage, or a more involving one than a pod machine, the place to start is with either pre-ground coffee or beans that you grind yourself.

As long as you polish it off quickly, there isn't really anything wrong with pre-ground as such, but you are better off going for a grind specifically for espresso machines if you have one, or a coarser grind for most other means of coffee production. A lot of pre-ground states 'Suitable for all types of coffee maker' but, while won't necessarily taste disgusting by any means, there isn't really a one-size-fits-all approach to coffee grinding. Espresso requires a finer grind, drip machines and cafetières a coarser one.

The science behind this is, to put it mildly, complex. However it can be boiled down to: grind finely enough for water to pass through at a speed that extracts the best coffee taste.

The only way to discover what this is for your coffee maker is to experiment, and as beans age, you can expect results to differ, so you may need to adjust your grind accordingly.

You know what, though? Most people who lack incredibly sensitive palates can find a grind they like and barely ever change it.

Although much of the coffee we drink these days comes out of an espresso machine, there is still a lot to be said for drip or 'our over' coffee. This uses a much coarser grind and a much longer extraction to give a less, for want of a better word, 'dense' drink. It's what most British people over 40 would think of as coffee.

For reasons of economy of space, we've also plonked percolators, steepers and cafetières into this category.

The vast majority of coffee drinks consumed in the UK are milk-based to varying extents. Whether it's a dash of it added to espresso or drip coffee, or the likes of lattes, cappuccinos and flat whites, there's a whole lot of dairy going on.

Many bean to cup and espresso machines have milk steamers or frothers built in, but particularly if you have a cheaper machine, a dedicated device for milk texturing may be a useful addition.

Even by coffee-making standards, milk texturing is a complex area but as a rule of thumb you want hot (steamed) milk that is still recognisably milk for latte, something not unlike the texture of white emulsion paint for a flat white and a mixture of that with full on, dense froth on top for cappuccino.

Many purists will say full-fat milk is the only way to go, but semi and even skimmed are fine. You do tend to get more consistent results with full fat though.