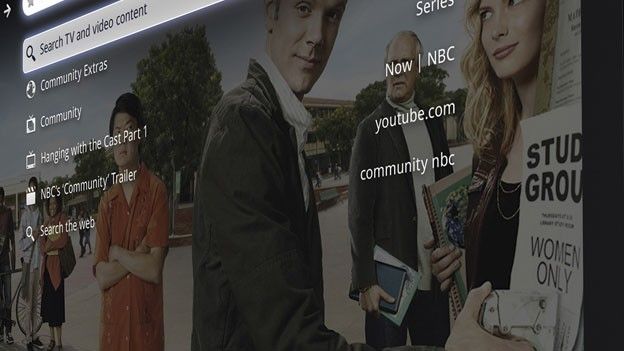 Change channels with your phone, check email on your TV, access, all the video the web has to offer, and more, all via Google's home-invading new tech...

Rumoured for months, Google TV is now official and is expected to launch into our living rooms on October 17th. Previous efforts to bring the web into the lounge have been a disappointment, offering little more than poorly implemented widgets that tell you what the weather's like and let you view YouTube clips.

The search giant's taking web TV seriously, with heavyweight partners and Google's usual commitment to quality control. Could it alter your viewing forever?

1/ Controlled by phone
Google TV is built on the Android OS, so your Android phone will work as a remote control. This opens up a range of possibilities for app makers – take a picture of an actor with Google Goggles to instantly view them on IMDB, for
instance. We're most excited about the prospect of Google Voice search letting you speak into your phone to find a show. Now that's what we always Imagined watching TV in the future would be like.

2/ Online video
Running Google's Chrome browser and flash 10.1, Google TV will be able to play just about any video on the web, with no iPad style incompatibility issues. Chrome means full browsing too, so you can check emails, read the news and even play flash games on your TV – None of which you could do with Previous TV widgets.

3/ An appetite for apps
Unlike the web TV efforts of Panasonic, Samsung and others, Android is open to developers, so expect to see an explosion of apps, Along with a new version of android market for your telly. Your set may be able to run standard Android apps that don't require an accelerometer or GPS.

4/ HD web-video recording
Intel's atom CE4100 is at the heart of the Sony Bluray players and TVs, and Logitech set-top boxes that are planned. It can decode Dual 1080p video streams, Meaning you can save one while watching another.

5/ Advanced search
Search for a show and it won't just display upcoming episodes; you'll get past ones, biographies And filmographies of the cast, trivia, forthcoming appearances, memorable quotes, and extra clips on YouTube. It'll be like constantly updating DVD extras, collated in one place, for free.

7/ Video conferencing
As well as Sony and Intel, Logitech is a partner so look out for its Google TV-enabled set-top boxes. It's also believed to be making webcams to integrate video conferencing Into the system. So if you work from home you can stay in touch from the comfort of your own couch. Just remember to tidy the lounge first.