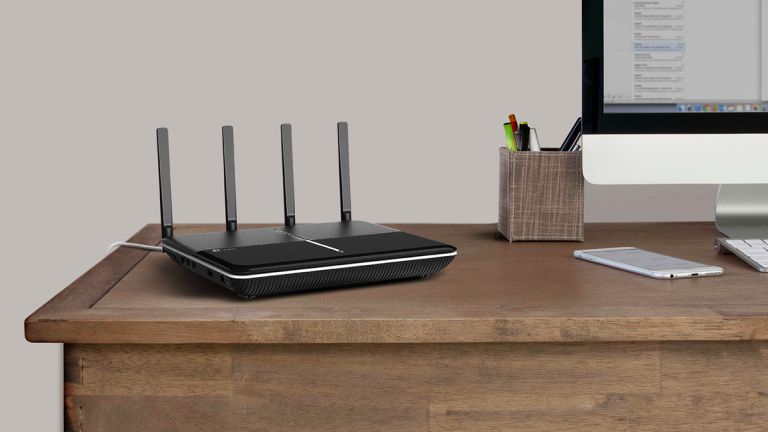 When it comes to picking the best wireless routers, not all routers are created equal: the black box that your internet service provider (ISP) sends you is probably not going to match up to the top-tier devices being produced by the experts in the field of networking.

Whether you're after the best gaming router or the best router for 4K video streaming, upgrading your home hardware can make a big difference to the sort of speeds you can see around the home, the features you've got access to, and connection reliability.

Let's be clear though – installing a new wireless router isn't going to suddenly give you a magical internet speed boost. You'll still be getting the same connection speed piped into your home, and you'll need to pay your ISP more money to get an improvement on that.

Where a new router can help is in getting that wireless signal faster even as it gets further away from your router, and adapting it more intelligently to the demanding needs of the devices in your home. Read on for our picks for the best wireless router available in 2020.

How to choose the best wireless router for you

Router manufacturers like to throw a lot of specs around, but when it comes to choosing the best wireless router, look at the maximum bandwidth – an indication of how well and how quickly multiple devices can be connected – and the latest supported Wi-Fi standard.

The newest Wi-Fi 6, also known as 802.11ax, is the best to go for in terms of futureproofing, though it hasn't made its way to many gadgets yet. The earlier 802.11ac is still going to be enough for the majority of people when it comes to gaming and 4K streaming, but if you want to spend extra for Wi-Fi 6, then the option is there.

You also need to look out for extra software features that might come in handy: traffic prioritisation for gamers, for example, or parental controls if you've got little ones and home and want to make sure they're staying safe online.

The best wireless routers of 2020

If you don't mind the looks of the Archer AX11000 from TP-Link, and you can stomach the price, then we reckon this is just about the best wireless router upgrade out there. If you're going to buy a new router then you might as well go all in on the idea, and the TP-Link Archer AX11000 is simply packed with features and performance to improve your network.

There's support for the latest Wi-Fi 6 standard for a start, plus a triple-band system that means the router won't break a sweat as you add more and more devices to the mix. No fewer than eight Ethernet ports mean you can easily hook up a host of computers and consoles with wires, and you even get a couple of USB ports added to the mix as well.

A lot of router for a lot of cash

If you absolutely must have the best router and don't care how much it costs, give the Nighthawk XR700 from Netgear a go – it offers custom-made, gamer-friendly software for squeezing every last drop out of your connection, a 10-gigabit wired port for super-fast Ethernet connectivity, and excellent Wi-Fi coverage for every corner of your home.

A lot of what makes the Nighthawk XR700 special is what goes on behind the scenes. The on-board software will prioritise bandwidth to the devices that need it most, guard against drops in connectivity, and give you all the dashboard stats you could ever want. Add in blazing fast speeds and ultra-stable performance, and it's a winner in every department.

The best wireless router for affordability

The Asus RT-AC86U manages to marry high speeds with affordability – you don't get the very latest or greatest specs here, but you definitely get enough to make this one of the best wireless routers of 2020, and without breaking the bank. Asus has been building excellent routers for years now, and this one certainly doesn't let the side down at all.

You get some very capable router management software here, covering everything from device prioritisation to advanced security protection, and the router is specially designed to connect up as many devices as you've got. It's got a low price now, but there's still plenty that impresses here in terms of speed, Wi-Fi range, and traffic management.

Not everyone needs or wants all of the advanced features you can find on some of the more expensive routers listed here, and for a more modest choice we recommend the Linksys MR8300: you still get features and performance way above what you would expect from a standard home router, but you don't have to pay a small fortune along the way.

Despite the appealing price, you still get high-speed 802.11ac Wi-Fi across an impressively wide range – enough to cover every house under mansion size – while the on-board software intelligently manages connections from dozens of devices. You can also add several nodes to use the Linksys MR8300 as part of a mesh network too, if needed.

A top wireless router for power users and gamers

Now admittedly the Asus GT-AX11000 ROG Rapture isn't going to appeal to everyone in the looks department, but when the performance of a router is this good, do the aesthetics really matter all that much? With support for triple-band connectivity, the latest Wi-Fi 6 standard, and a bunch of cool software features, this wireless router is hard to beat.

This router will certainly cost you, but with eight antennas on board, the GT-AX11000 should be able to spread Wi-Fi into the furthest reaches of your home (it can also be used as part of a mesh setup). As for those cool software tricks that come built in, they let you do everything from prioritising particular devices to customising port forwarding settings.

Does the basics very well

This is a good choice if you're after something that isn't overly flashy but still gets the job done – and by the job we mean making sure that all your various gadgets are able to get online at all times, wherever they are in the house. You can combine the router with the various mesh networking options that D-Link manufactures, or use it on its own.

There's smart assistant support here too, so you can, for example, turn the internet off with an Amazon Alexa or Google Assistant voice command when it's time for the kids to go to bed. In fact parental control features are one of the areas where the D-Link DIR-2660 excels, so it's worth considering if you've got a busy family all wanting access to the web.

Some neat gaming features at a reasonable price

If you can't quite stretch to the XR700 model we've mentioned above, then the Netgear Nighthawk XR300 is a very decent gaming router from the same series – not quite as much power or range, but with many of the same features that make the XR700 special. It's definitely worth a look as one of the best wireless routers on the market at the moment.

You get the same custom software for managing bandwidth and prioritising traffic as you do on the other Nighthawk models, while the router scores well in all the other areas that matter too: speed, latency, stability and more. It's a little older now, but that also means you can pick this up for a very good price, and upgrade your router on a tighter budget.

Plenty of features and functionality

Don't be deceived by the looks of the Archer VR2800 from TP-Link (also known as the TP-Link AC2800): this may appear to be a very plain and unassuming router, but it packs in stacks of performance and functionality. There's the high-speed, dual-band 802.11ac Wi-Fi support to begin with, followed by support for multiple connections to single gadgets.

Setting up the device is easy and from there the intuitive user interface lets you manage features such as parental control and individual access for devices. The router performs strongly in terms of speeds and range too, which makes it well worth considering as an upgrade if you're weighing up the best wireless routers on the market in 2020.

Wi-Fi 6 support and much more besides

If you're after a router that supports the latest Wi-Fi 6 standards and looks like it just arrived from another planet, then perhaps the Netgear Nighthawk AX8 is the router you're looking for. It's particularly good at keeping multiple devices connected at high speeds, and doesn't get ruffled by having to beam Wi-Fi across long distances inside a home.

This really does raise the bar in terms of specs for a Wi-Fi router, from the way it manages data traffic between devices, to the number of connections it can keep going at once, and it's one of the most affordable ways of getting Wi-Fi 6 up and running in your dwelling. There are five wired ports too, and you can use two of them together for increased speeds.