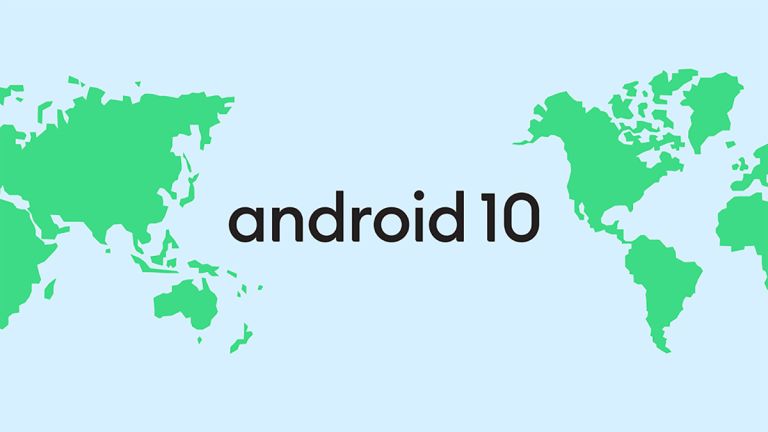 If you don't own an iPhone, you'll be interested in the successor to Android 9 Pie, specifically Android 10 (previously Android Q): Google has ditched the dessert-themed naming scheme for 2019, but the beta program is already up and running for selected devices.

Here we'll explain how to sign up for the Android 10 beta program, as well as fill you in on everything we know about the Android 10 release date, the new features coming in the OS, and the devices it's going to be compatible with. It's set to be a big year for Android.

Google hasn't said exactly when Android 10 is going to get pushed out to the world at large, but it has said it's going to be sometime in the third quarter of 2019 – so either August or September. What we do have already are beta versions of the software.

After its own beta program, Android 9 Pie made its full bow on the 6 August 2018, so expect a date around that time for Android Q as well, depending on how fast the Android engineers can get it finished. Most recently we got a few more details at the Google I/O 2019 developer conference, which we've outlined below.

Then of course there's the question of when your device in particular will get Android 10. Pixel phones will be first in line and will get the update almost straight away, but for everyone else it might be a while. Watch out for announcements from your phone's manufacturer for specifics.

Want to get a piece of Android 10 for yourself? Right now the beta program is open to anyone with a Pixel phone – you just need to visit the Android Beta Program website, sign in with your Google account, and select your device to get the software delivered straight to your smartphone.

You'll then get future beta updates and eventually the stable release automatically as they appear. As with any beta program, it's a great chance to test out new and exciting features ahead of time, but expect plenty of bugs and unexplained crashes before Android 10 gets finalised. We wouldn't recommend installing the beta on a phone you rely on every day.

Mobile phone companies have been rushing to confirm that their handsets will get the juicy new upgrade too: Nokia has confirmed that most of its recent range will get Android 10 when the time comes, while Huawei (in the midst of its ongoing troubles with the US) has listed some phones that'll get Android 10 as well.

So what shiny new features does Android 10 bring along with it? This is by no means the definitive list, because Google is likely to push out more options and features as the Android 10 launch date gets closer – but here's what we've seen so far.

Android 10 offers native support for foldable devices like the Samsung Galaxy Fold and the Huawei Mate X, so apps can quickly switch between screen sizes and extend (or shrink) as the form factor changes.

You get more control over how apps can access your device's location – as on iOS, Android 10 lets you grant access all the time, never, or only when the app is open. Plus, apps are more limited in terms of what they can do when they're not on screen, and they can't 'steal' focus from another app like they could previously.

One cool new feature we like is the ability to share Wi-Fi network details with a QR code: instead of having to read a list of letters and numbers on the back of your router, your friends can just scan a QR code generated on your phone.

One long awaited feature we now know is coming to Android 10 is a dark mode, officially called Dark Theme: it should give your eyes some rest and preserve battery life at the same time, and once it's enabled, the change should apply across all the apps on your phone.

Google continues to experiment with gestures in the Android 10 betas. At the moment the back button seems to have been replaced by a swipe from either edge of the screen, though it remains to be seen whether that'll make it into the finished version of the software.

Remember that Google constantly pushes out new features to its apps and underlying technologies, so not everything new that arrives on Android is going to be part of Android 10. Google says its latest AI engines can work faster without needing to ping the cloud, which should mean a more responsive Google Assistant.

That Google Assistant is becoming better integrated in Google Maps too – in the near future you'll be able to use your voice to answer calls and play music while Maps is in navigation mode, meaning less of an excuse to take your eyes off the road.

Live Caption is another feature Google has shown off as part of Android 10, and we got a demo of it during Google I/O 2019 (back when it was still called Android Q). It's able to use AI smarts to accurately caption videos from any source and in any app, in real time: very useful if you have issues with your hearing or are just in a very quiet environment.

Speaking of AI features, Smart Reply is expanding beyond Gmail and Android Messages to any messaging app running on Android 10. As well as hitting preset responses with a tap, Smart Reply will also make suggests about apps you want to open (it'll show Google Maps if you've been sent an address, for example).

Also new in Android 10 (but coming to Android 9 Pie as well) is Focus Mode, a different slant on Do Not Disturb: it lets you block certain apps and allow certain others when you're trying to focus on something.

Other areas, like security and privacy, are getting more minor tweaks and having some of their options shuffled around. The existing parental controls are expanding with Android 10, gaining the ability to set screen time limits for specific apps, and to grant 'bonus' time to your kids when it's needed.

The Share menu is getting a revamp too, with faster loading times for options on the menu (like other apps and contacts you might want to connect to), as well as a preview of what it is you're actually sharing.

In terms of notifications, you've got a few tweaks to play around with. Android 10 lets you long press on a notification to block future notifications from the app or to deliver them silently (so they still appear but don't make a noise or vibrate your phone).

It looks like Google is busy adding a desktop mode similar to Samsung Dex, so you can hook up an external monitor to your Android 10 device and use it a bit like a PC. This hasn't been fully finished yet though.

Oh and Android 10 includes some basic theming options, if you turn on developer options on your phone (this is done by tapping the Build number seven times in the About phone section of Settings). At the moment you can adjust the accent colour, font, and icon shape.

There's also a built-in screen recorder now in Android 10, though it's in a very early, rough form. It needs to be enabled in developer options as well, so doesn't look to be ready for the masses just yet.

If you have an 'always on' mode activated on your Pixel phone, you'll notice that Android 10 displays what's currently playing (if anything actually is playing), whether it's a track from Spotify or a podcast episode. It's one of several nice little visual tweaks Google has introduced in Android Q so far.

Add to that a whole host of smaller updates and behind the scenes tweaks – from the ability to undo changes to the home screen to code optimisations – as well as new features still to be announced, and there's a lot to explore in Android 10.