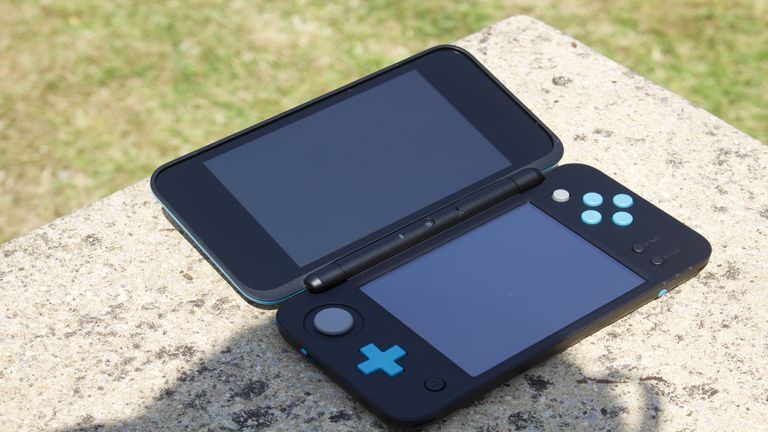 The 2DS XL is what the 3DS line should have always been — there’s no gimmicks here, just a combination of great hardware and software

While Nintendo's focus has almost entirely shifted onto the Nintendo Switch as of late (and who can blame it as that hybrid of kit goes from strength to strength), that doesn't mean the 3DS and 2DS has been written off. With seven years of iterations under its belt - and a huge library of bespoke titles - there's never been a better time to add this innovative handheld to your collection. Especially with Amazon Prime Day 2019 around the corner!

The 2DS XL takes all of the affordability factor of the 2DS and the increased screen real estate of the XL upgrade and mixes them together to create a handheld console that's long outgrown the 3D tech that its predecessors were built around. The new rounded-edge design is the best version the series has ever sported, and with a very reasonable asking price, it's practically a steal. And by side-stepping the ugly wedge design the 2DS debuted with in favour of the more traditional clamshell, the 2DS XL is as much a faithful nod to its roots as it is a final hardware hurrah.

This 2DS XL is part of the New DS series, this means the handheld comes packing the supercharged processor that allows it to play exclusive games like Xenoblade Chronicles 3D. The 2DS XL also features extra ZL and ZR shoulder buttons as well as the C stick that means you can finally ditch the Circle Pad Pro that was available on the old 3DS line.

Nintendo have been making DS hardware for a while, so it’s no surprise that the design of the 2DS XL has been nailed. The black and turquoise version that was tested for review is minimalist but is decorated with nuanced touches, like the textured finish on the back of the main screen, that look and feel premium and move away from the Fisher-Price look of the original 2DS. Every design choice on this DS model is laudable with minute details like the opening for the game cartridge and SD card being flush with the design for a better user experience.

The only two ugly asterisks of note is the ridiculously small stylus that comes with the device that feels exactly like the pencil no-one wanted to use in primary school that had been sharpened so much it no longer fit in your hand properly. The second is the flimsy feeling nature of the screen — during testing the top screen would move around even when propped up which is the only aspect of the design that oozes the same budget feeling of the original 2DS.

The 2DS XL isn’t going to have existing 3DS owners rummaging through their jeans to get their wallets out to upgrade, but for those who are yet to own the handheld, this is the perfect time to pick up the dual screen system. The 3DS line has been around since 2011 and the beauty of picking up a system in the latter half of its lifecycle is the copious number of incredible games available the moment the 4.8-inch screen lights up.

Whether it’s nailing the perfect drift in Mario Kart 7, delivering a crushing special move that gives you the victory in Super Smash Bros or re-experiencing classics like The Legend of Zelda: Ocarina of Time. The 2DS XL provides you with a platform to experience one of the greatest and most diverse game libraries in some time and does so by striking a premium feel not found in the original 2DS and without the gimmicky 3D effect present in the more expensive New Nintendo 3DS. The New 2DS XL rings in at £129.99, which makes it a tempting proposition, especially if you’ve never experienced the plethora of titles available on the platform before.

With many wondering where the 3DS line fits in a world where the Switch exists, Nintendo have answered that question with a device with a stellar game lineup that costs less than half the price of the hybrid console. The 2DS XL is what the 3DS line should have always been — there’s no gimmicks here, just a combination of great hardware and software. This is the perfect entry point into the incredible and quite frankly adorable world of Nintendo. If this is the last new DS console to be made, then this is one hell of a hurrah for the incredible handheld.