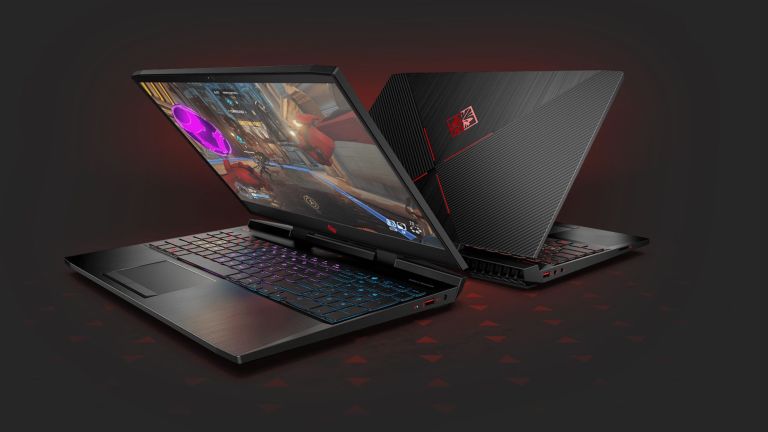 The HP Omen 15 (2018) is a solid gaming laptop that delivers good gaming performance on the go, despite not offering anything remarkably different to its rivals bar a display that supports 144Hz (if you know how and when to use it).

Welcome to T3's official HP Omen 15 review (2018). If you've been considering picking up this powerful gaming portable then you are definitely in the right place as we've spent some serious time testing out the system and here run through everything you need to know.

And, simply put, when it comes to building powerful gaming laptops with genuinely affordable price points, HP Omen’s range is a serious contender, and its latest offering - the HP Omen 15 (or the Omen by HP 15 as it’s more awkwardly known) - continues that trend with gusto.

With a formidable Nvidia GeForce GTX 1060, a beefy Intel i7-8750H processor and some top-of-the-line in-built speakers from Bang & Olufsen, it’s an impressive package. But just how can it run your games for just over a grand? Well, it is the ‘Official PC of the Overwatch League’ after all, so you’d certainly hope so…

First off, check out the latest trailer for HP Omen 15 so you can wet your whistle before the review really kicks in:

When it comes to raw specs, the HP Omen 15 isn’t messing around. For starters, you’re getting a Intel i7-8750H processor, with six cores running the latest Coffee Lake CPU architecture. In no uncertain terms, it’s one of the beefiest mobile chipsets you can get right now and will ensure your machine can maintain even some of the most demanding titles, while still supporting everything from graphic design to simple word processing tasks and surfing.

The CPU goes hand-in-hand with an impressive graphics card in the form of an Nvidia GeForce GTX 1060, and the two make for a formidable pairing when it comes to gaming performance. It comes with 6GB of GDDR5 memory and an adjusted clock speed, resulting in frame rates between 38fps and 65fps when running the recently released Shadow of the Tomb Raider. It can certainly handle some of the biggest games of 2018, but you’ll need to tweak the settings if you want to make the most of its support for G-Sync and that 144Hz refresh rate.

Rounding off the specs there’s a good 8GB of RAM backed up by a tasty 1TB Plus 256 GB SSD. And, not forgetting the 15.6-inch Full HD IPS display, which boasts that aforementioned (and mightily impressive) 144Hz refresh rate. The support for G-Sync is another seriously important addition as it syncs the refresh rate to the GPU’s output, so /technically/ you can comfortably run games as high as 144fps with this tasty little combo. However, we only ever got to around 105fps before we had to start making some concessions in the settings.

While the HP Omen 15 isn’t the thinnest of gaming laptops on the market - with a thickness of 25mm - it’s a concession that’s entirely worth the sacrifice. What it lacks in overall svelteness, it more than makes up for it in terms of performance and those small little touches that make all the difference (such as the customisable keyboard backlighting). It is a little on the chunky side, weighing in at 2.5g though, so expect a sore shoulder if you’re lugging it about often.

Build quality is decent, with a mixture of metal and plastic used to create a brushed carbon fibre look. The matte effect on the back of the display makes the embossed red Omen logo really pop, while the ridged surface underneath the laptop removes any likelihood of it slipping off your desk. The wedge design leads to very large pair of fans at the back, but we find the blocky use of sharp edges gives the HP Omen 15 a futuristic feel without becoming too kitsch.

The HP Omen 15 (2018) boasts a standard layout keyboard that does the job for more casual gaming and normal typing tasks, but if you really want to make the most of this as a gaming machine we found using an Xbox One controller or plugging in a proper mechanical keyboard was best. The dynamic backlighting is a nice touch, although we found the trackpad to be less than responsive at times (especially when playing more frantic experiences such as Overwatch).

The Omen range has become HP’s flagship gaming hardware range, and it’s not hard to see why with the HP Omen 15. With that Nvidia GeForce GTX 1060 purring under the hood, we clocked some impressives performances in our test run (see the 3DMark scores above for a quick rundown of the laptop’s overall performance).

Hitman 2 held up extremely well, at around 86fps, while Shadow of the Tomb Raider performed a little lower at 65fps. Both games ran without a hitch (especially SotTR with its high levels of particle physics and dynamic lighting), although those big fans at the back don’t take long to kick in and can be quite load when things start to get hectic on-screen.

Whacking both titles up to their respective ultra settings and the frame rates do drop a little (almost by half for SotTR), with only the occasional knock to performance. If, however, you want to make the most of that 144Hz refresh rate, it’s beneficial to bring those graphics settings down a notch so you can really see the difference. There’s support for 4K with that lovely 15.6-inch display, or go FHD at 60Hz or 144Hz. There’s enough choice to keep even the pickest pixel counters happy.

A marked improvement on the 2017 edition, the HP Omen 15 (2018) has bags of PC gaming potential thanks to a formidable processor and a beefy GPU. With a so-so keyboard and trackpad it isn’t a perfect package, but it’s still a powerful machine that will play most of the big triple-A titles on PC without breaking too much of a sweat.

Build quality isn’t the best you can get on the market right now, but with it brushed chassis and sharp edges, it does have the looks to catch your eye. Those specs are hugely different from any other of the gaming laptops in the same £1000+ bracket, but if you’re looking for an upgrade on 2017 edition, HP won’t disappoint here.