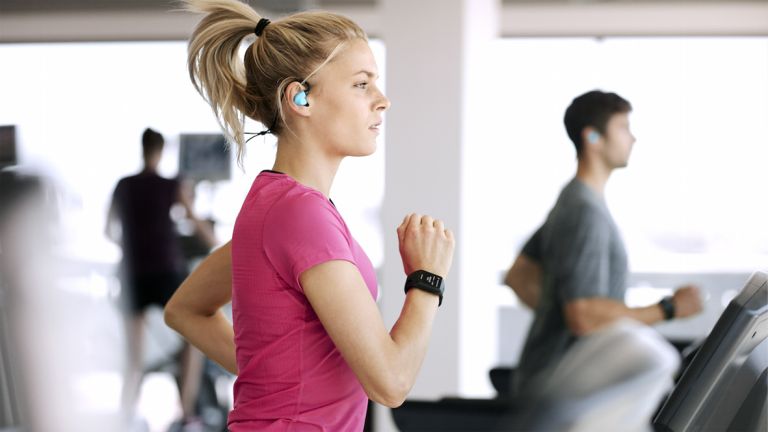 With everyfitness watchit releases and every press conference it holds, TomTom is proving that its fitness ambitions are more than a side project; it's just as important to the company as navigation is. This is a company that's having to adapt to a world where dedicated satnavs are declining in relevance, and having to adapt.

It recently launched a GoPro rival in the form of the excellent TomTom Bandit, and at IFA 2015 it's launching another fitness watch - the TomTom Spark.

The Spark looks quite like the previous watches - the Runner and Multisport, plus their Cardio versions with built-in heart rate monitors - and in many ways it IS very much the same.

However, a few design tweaks, a number of basic, Fitbit-esque fitness featuresand the introduction of a built-in, 3GB Bluetooth music player make this a worthy newcomer to the line.

As mentioned, the style of the Spark Cardio + Music will be familiar to anyone who's used a TomTom watch before, but it has been made slimmer. There's an important reason for that: TomTom no longer wants you to take it off when you finish your run.

The thinner design is also thanks to an improved heart rate sensor that no longer requires so much wrist coverage to get a reading.

Like everyone else, TomTom has realised that customisation is the key to our hearts. The Spark comes in two different band sizes and a bunch of strap colour options to choose from. This means you should hopefully end up with a product you wouldn't mind being seen riding the subway with.

The four-way button-cum-joypad thing, which I'm quite fond of as an input, is also back with a vengeance. YES!

There's a lot packed in here, but TomTom will be launching six versions of the Spark in October. This one, as the name suggests, has the heart rate sensor and music playback, but you'll also be able to get variants with Bluetooth earphones, ones without the heart rate monitoring, and even one with neither HR nor music. They'll all have run-tracking GPS though, as you'd expect from TomTom.

The improvements to the heart rate monitor mean it's now much faster at finding a reading - it only took a second or two when I put it on before it found a pulse - and seemingly just as accurate as it was on the Cardio, though I've not had time to test that properly yet.

All of the models will have the music player, giving you 3GB of storage to load on your tunes using the TomTom software - via iTunes and Windows Media Player. Or you can just drag and drop the files if you fancy keeping it old school.

TomTom's also partnering with Ministry of Sound, and the fruits of their relationship will be found on your Spark watch when you turn it on: a special MoS running mix. To listen to the music you'll need to connect some Bluetooth headphones, such as these optional, bundled ones, for instance.

The MySports smartphone app will let you keep track of all your exercises, which now include weight lifting and 'indoor cycling' - both new additions on the Spark.

The watch also tracks your daily movement activity and monitors your sleep, like a Jawbone or Fitbit. However both these features are quite stripped-down, and beyond basic gamification, this information isn't really put into context. However, step and sleep tracking are undeniably popular features, so TomTom is wise to include them.

The Spark will cost you £189.99 (around $290/AU$413) for the full Cardio + Music version, while the non-cardio and -music models will obviously be cheaper, when the range launches in October.

The Spark's music feature is an easy win, but it's the design improvements and other feature tweaks that impress me more with the TomTom Spark Cardio + Music right now. I won't be able to get a better impression until I take it out for some serious exercise, but there was little that was actively wrong with the last generation of TomTom sports watches, and the various Sparks seem to show it still on the right route in its fitness wearable mission.

Except, maybe, for this promotional image. It's very, er, 'dynamic'.