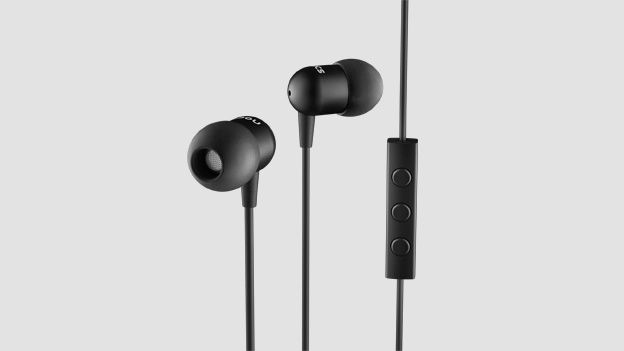 The Nocs NS200 in-ear headphones are the latest earbuds from the Swedish brand, but how do they sound? We took them for a spin to find out

The headphone market is a fiercely competitive place, and almost nowhere more so than in the in-ear sector. There's almost every combination available, from the super high-end Sennheiser IE800 the likes of the the premium Sennheiser IE80 and the Sony XBA-4 down to cheap and cheerful earbuds off eBay.

So where does Nocs come in? The Swedish company has begun sneaking out a series of neat contenders, one of the latest being the Nocs NS200s. These are the cheapest of a range of three in-ear phones, beginning at these NS200s (aluminum, £49.99), rising through the NS400 (same design, different tuning, in titanium for £70), and finally the NS800s (stainless steel with a single balanced armature and a price tag of £130).

The NS200 packaging is a simple box, with sachets inside full of the various components: spare buds, rocket ship, etc, so far, so apple-aping. The earphones themselves are simplicity themselves, straight jack, standard cables, three button remote and a sleek dome of aluminum that is the earphone itself.

Its minimalism personified, in a good way. They're extremely light, but beautifully designed. Buttons are programmable via a standalone app, and the cable is allegedly armoured with kevlar. We couldn't bring ourselves to do the scissor test though.

Spec wise these are little monsters for the money, pumping out figures like 106 dB SPL @ 1 kHz and frequency response of 20 Hz – 20 kHz – entirely respectable, in short.

The sound is warm, without being over amped on the bass. It's sometimes workmanlike rather than glorious, with some of the subtleties occasionally glossed over.

However, it's only when we were comparing back-to-back with premium over ears at more than treble this price that this became obvious. In this bracket, without frankly unfair contrasts it's a great sound. Those overears won't fold into the matchbox that the Nocs will too.

The attached remote/mic setup is beautifully simple, three buttons that control volume (top and bottom buttons) and a central one that stops and starts playback as well as answers calls. The buttons are pretty idiot-proof in size and spacing without being silly, while call audio quality is excellent. Mapping the button functions with the app – more on this later – is highly recommended.

As straight up Apple standard in-ear replacements, these are right up there (you might be interested in checking out our new Apple EarPods review). Comfort rating is pretty awesome, there's different sized buds for various ear canals, and the domed rubber makes a decent seal.

Ambient noise is very effectively cancelled, but without that feeling you're penetrating your own brain in order to do so. Even while out running these stay put 90% of the time, something that purveyors of full-on sport headphones don't always manage to get right.

Finally, Nocs are one of the first audio companies to get an app out the door. It's an unobtrusive button-mapping tool, that works exceedingly well with different players, and other headphones.

There's not much to dislike with the Nocs NS200. The only disadvantage is the retro cable, which tangles like a excited ferret on a lead, and the occasional lack of precision on the audio side. However, you're at the bottom of the midrange scale here, so it seems churlish to pick holes.