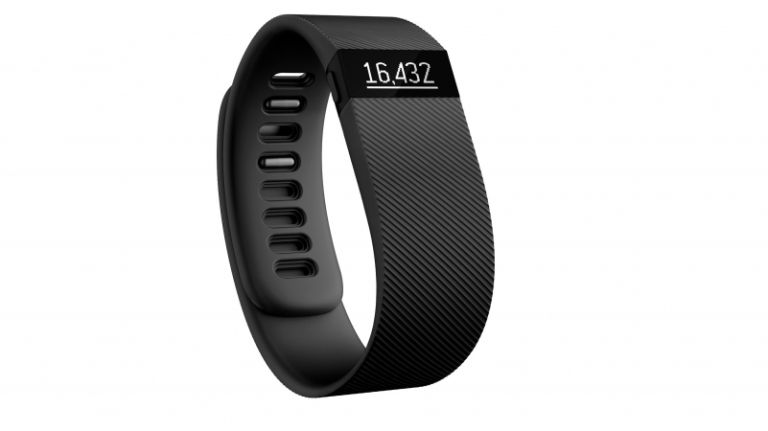 Fitbit's latest activity tracker has landed just in time for the Christmas holidays. The Charge is an incremental upgrade over last year's Flex, but with ever more impressive wearables joining the market, does Fitbit still have what it takes?

From its early days as a Silicon Valley start up, Fitbit has risen to become one of the biggest brands in the wearable space. Joined in the early days by Nike and Jawbone, it now finds itself compared with the likes of Android Wear and, in time, the Apple Watch. But Fitbit's aim has always been fitness and each of its devices has aimed to keep things simple and reliable. All of them are for customers wanting to improve their health, without worrying about controlling the thermostat or reading emails from their wrist.

Unfortunately, the company's carefully laid plans hit a major stumbling block earlier this year when the Fitbit Force had to be completely recalled from the market. Some users had reported skin irritations after prolonged usage and Fitbit just couldn't take the wrist.

But that was then, and this is now. The Fitbit Charge is the first in a trio of new devices that it hopes will take it back to the top in 2015.

When it comes to build and design, Fitbit has stuck to the elements that made the Fitbit Flex such a good product. It's lightweight, nondescript and easy to forget about after a couple of days on your wrist. There are four colours to choose from: Black, slate, blue and burgundy and the textured, rubberised band now features some decorative ridges. Thankfully, my skin remained unblemished even after a few days and nights with it on my wrist.

If you have any familiarity with the Fitbit Flex at all then you'll notice immediately that the Charge is a lot chunkier. Whereas the Flex felt like a charity wristband, the Charge is more akin to a small wristwatch. The fastening method is the same pins and holes method that the Flex used. It's a little fiddly and takes some time to get used to. Once you're secured though, the Charge doesn't come loose.

Alongside the bigger design, comes the new OLED screen. This displays more information than the Flex's five dots and is controlled by a physical button on the left of the display. The button sticks out enough to give it decent travel, but it's not obtrusive and doesn't interrupt the design. Each button press displays a different metric and a single tap on the front of the band will show the time.

The Charge, like its predecessor, is waterproof to 1ATM, meaning you can take it in the shower but not into the pool. It'll operate in a temperature range of -20 – 45 degrees Celsius. In case you're planning on engaging in a mountaineering expedition, the Charge will operate up to 30,000 feet – which should keep you in the clear. But bear in mind that battery life runs for seven days before you'll need to attach it to a USB point to charge.

When it comes to features, the Fitbit Charge produces all the required data of any reputable activity tracker: calories burned, steps taken, distance travelled and hours of sleep. On top of these, it adds some new features such as measuring altitude (for climbing stairs), telling the time and offering Caller ID. In effect, it does exactly what the Fitbit Force did at the start of the year.

It's worth pointing out that Caller ID is the only “smart” feature the Charge offers. It won't show you text or email notifications like the Garmin Vivosmart, which is a bit of a shame because the OLED display is excellent.

One of the most useful features of the Charge is the fact that it automatically recognises when you're going to sleep. Any users of the Flex will recognise the irritation at having slept all night to find out they forgot to put the device in sleep mode before turning in.

Each measurement works towards a pre-set goal so, as with other fitness trackers; you can adjust your targets to suit your fitness level. There's also a vibrating alarm that you can set to wake yourself up each morning.

The data can be accessed through the Fitbit app which is available to download for free for iOS, Android and Windows Phone. The Fitbit Charge uses Bluetooth LE to sync wirelessly with your smartphone and the company provides a small USB dongle in the box in order to sync it with your PC or Mac.

A nice addition to the app is the Challenges section. It lets you compete with other Fitbit users and provides that extra little bit of motivation. Jawbone has a similar feature for its Jawbone UP24 wristband which is actually a little better. But if you can find other friends or colleagues using Fitbit devices then it provides a bit of extra depth, as well as satisfaction if you smash their totals.

Fitbit has improved the accuracy of the tracker to differentiate between typing on a keyboard or strumming a guitar and going for a long healthy walk. No tracker is going to get it 100 per cent accurate, but the Charge will give you a very good idea of how you're performing. I tested it alongside a Flex and the readings for both were pretty much identical, with the Charge coming in slightly lower – possibly because of the extra movement that it ignores.

The sleep tracking likewise works well and it's a massive improvement to have the device shift automatically into sleep mode. The one caveat to this is that it doesn't seem capable of capturing a half hour afternoon power nap, for example.

If you press the mode change button for three seconds continuously, the Charge will enter workout mode. That allows you to capture a parcel of data for an allotted time and separate it from the rest of your day. Sadly, there's no GPS on board so you can't track your run on a map or and neither is there heart rate monitoring – but more on that later.

Wireless syncing worked well, with my HTC Android phone taking about 30 seconds to locate and update my stats inside the Fitbit app. The app itself is colourful and easy to use thanks to colour-coded progress bars that go green when you've hit your target. Aside from the Fitbit Charge itself, you can also use the app to measure your water and food intake, should you wish.

The Fitbit Charge is a great fitness tracker, fulfilling everything you'd need from such a device and doing it in as unobtrusive, accurate and reliable way as possible. But honestly, I'm not really sure of its purpose beyond having a product in stores for Christmas.

Fitbit is about to bring out the Fitbit ChargeHR which does everything the Charge does but also adds a heart rate monitor to the mix for £20 more. It therefore opens up the ability to log non step-related exercise (like weights) in your quest for better fitness. The battery life isn't quite as good, but otherwise I can't really think of a reason to go for the regular Charge over the HR version.

Secondly, if you've already got a Flex, it's not really that much of an upgrade. Yes, you get the time and you get CallerID, but the core features are pretty much identical and you're going to notice the Charge on your wrist a lot more than the Flex. Or the Jawbone UP24 come to mention it.

Some will prefer seeing your steps up front compared to having to guesstimate in 20 per cent increments. But having to push a button rather than just tap the surface is an extra step in the process that takes more time.

If you're not interested in having a heart rate monitor and don't already own a Fitbit Flex, Jawbone UP24, Garmin Vivofit, Nike+ Fuelband SE or any other wearable devices, then the Charge is a good option. It's priced at a reasonable amount and the app works well. And hey, at least it won't irritate your skin.