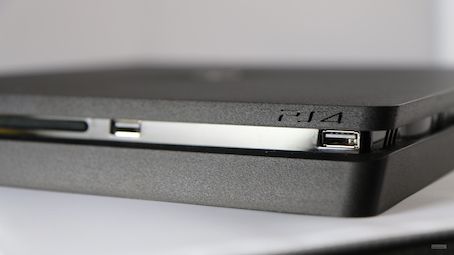 The traditional console release cycle is on its way out the door. The Xbox One S is potentially the last time we'll see a console in a 'generation' — instead both Sony and Microsoft are putting out another console (two if you're counting the new slim designs for each) within three and four years of the last hardware launch respectively. Say hello to iterative console upgrades.

So why has this happened? Well it seems to be a mix of Microsoft wanting to wipe the slate clean with this console generation after the PlayStation 4 has outsold the Xbox One pretty much 2:1 and developers wanting to get more power from the current machines and bridge the gap between consoles and PC's more frequently.

The Xbox Scorpio vs PlayStation Neo debate is convoluted because of the different released dates and specifications of each — so lets break down each one first of all.

The PlayStation Neo is going to be like the S lines of iPhones — it's going to give a performance upgrade that's not going to be worth going out and spending another £350 on if you already own a current PlayStation 4, but it's there for those who want the latest and greatest. One of the most notable features the Neo may indeed have is by giving you a superior experience when it comes to VR. The headset that will release in October features its own processing unit to power the next generation experience — this doesn't add any power to the current PS4 but is needed with the current hardware to power it. Perhaps Neo could alleviate the need for a separate processing unit for PlayStation VR and allow you to play at higher definitions with better frame rates.

PlayStation VR could be dramatically improved with the power of Neo

Sony has already sent out invitations for the press to join them for a 'PlayStation Meeting' event in New York City on September 7. Here they are also expected to reveal the Neo and an even slimmer version of the PS4 too — although it seems the cat is really out the bag here as earlier in the week Twitter user @shortmaneighty2 discovered a listing online for what appeared to be the PS4 Slim, purchased it and has now given the web a full look at one of the consoles that's expected to be announced next week.

The PS4 slim is a predictable move from Sony, albeit the original PS4 had an awesome design that still looks like something you want to have in your living room, but making something thinner and lighter isn't the worst thing to do with a system…

Leaked images have appeared online of the alleged PS4 Slim

Looks like the PS4 Slim will have a redesigned DualShock 4... kind of

Neo is something strange because there's never been an iterative console upgrade before. Sony must have had the idea of Neo for a while and the units are most likely on the verge of being ready to go. So when Microsoft announced Project Scorpio and talked about the 6 teraflops of power it's going to have it took everyone, including Sony, by surprise. The official specifications of Neo are yet to be announced, but it's looking as though the console won't quite match up to Scorpio in terms of power. Time will tell if PlayStation is still able to sit at first place in the console war for the next few years.

Meanwhile Microsoft has already released their slimmer version of the Xbox One — wave goodbye to the old VCR design and instead the welcome a sexy and slimmer console with greater storage and nifty features like 4K Ultra HD playback. The company has also announced its next generation console in the form of 'Project Scorpio' — a box set to be the most powerful home console ever created. Virtual reality is going to be a big part of the console when it releases next year — it's already been confirmed that Fallout 4 is being ported to VR and it's only possible with the power of Scorpio. Oculus is going to bring the Rift to Xbox — Microsoft has been very clever, why develop your own headset when you can partner with a company that's been developing one for years? The company also has augmented reality up its sleeve in the form of HoloLens too — gaming is going to get very interesting in the next few years.

The Oculus Rift is coming to Xbox Scorpio

Both companies have said their new iterative hardware doesn't mean gamers playing on consoles currently on the market are going to be left behind. However, just like the transition period between hardware generations there are games that are put on both systems. After a couple years or so it's more than likely we'll only be seeing games running on newer hardware to take full advantage of the specs both consoles are going to be touting.

Sony and Microsoft both have first party studios working on exclusive games for the system — Sony has come on to some winners recently with Uncharted 4: A Thief's End showing gamers if you want games of next generation calibre PlayStation is the place to play. Xbox has big franchises like Gears of War and Halo, but the latter failed to deliver on its last outing and the parallels between exclusives for increased hardware sales seems to be dwindling after Microsoft announced its play Anywhere Programme that makes all exclusives also playable on PC.

The PS4 is currently riding high thanks to AAA exclusives such as Uncharted 4: A Thief's End.

Although the rumours are suggesting that Scorpio will have a power advantage, the winner of the next console war will be who gets their messaging right. Announcing a console halfway through a generation is unprecedented and both companies will have to strike a marketing balance between showing off the new features of the console; how much better games look along with the snappier performance. They'll have to do this without alienating the people who already own the current consoles on the market, some of which will know nothing about the forthcoming consoles and will have just picked up a shiny new PS4 or Xbox One. Remember the backlash when Microsoft first announced the Xbox One because the console and its ethos alienated gamers — history can easily repeat itself, so whichever company has the right messaging to accompany their iterative hardware will be the one smiling at the end of all this.