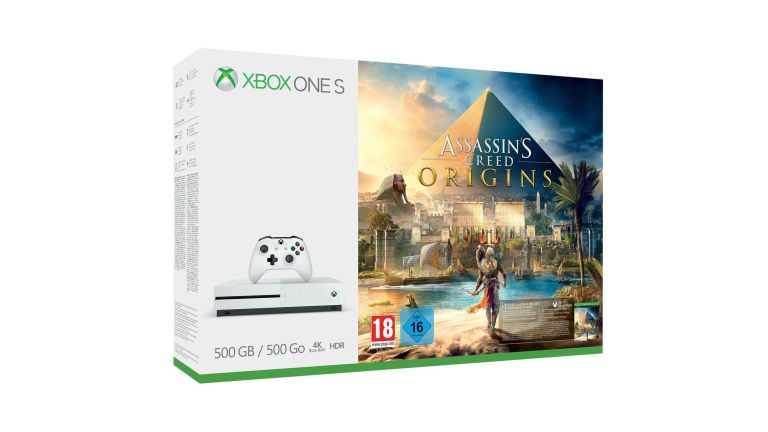 While not capable of outputting games at a native 4K resolution, as the Xbox One X can, the S is HDR compatible and if you plug it into an upscaling 4K TV, then you still get a fantastic gaming experience.

Well now that system has been, somehow, made available for just £169.99 over at Argos with top stab-'em-up Assassin's Creed Origins thrown in too.

Check out the deal in full below:

Well this is the cheapest Xbox One S bundle deal we've ever seen. For just £169.99, that's a £30 reduction from the pre-deal price of £199.99, you can score the 4K Ultra HD Blu-ray player-equipped Xbox One S along with stunning stab-'em-up Assassin's Creed Origins. Yep, that is as ridiculous as it sounds and yep, units at this price are going to sell out insanely fast.

Most Black Friday deals sell out quickly, however, this one is so good it is going to do so cheetah fast, as that price is - literally - getting on for a two-thirds cheaper than the £450 Xbox One X (and on its own, too) and way below anything else we've seen.

Simply put, if you've had your eye on an Xbox One S, then now is the time to strike.