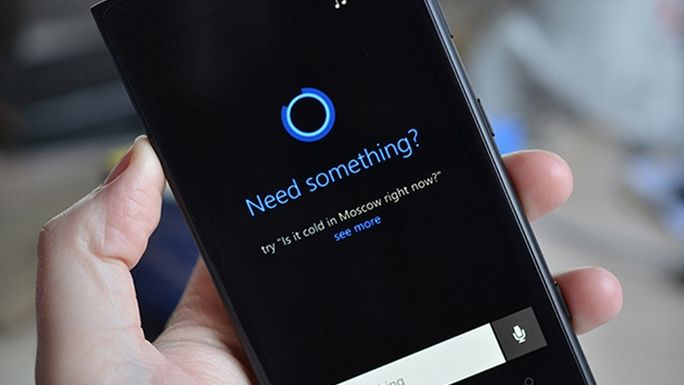 Microsoft has taken the wraps off of Windows Phone 8.1 featuring a whole range of new features including Cortana, Microsoft's new Halo-themed voice assistant.

Designed to take on Apple Siri and Google's updated Google Now functionality on the Moto X which let you give commands and ask questions using your voice.

The new update to Windows Phone also comes with a number of other improvements including themed lock screens that feature different UIs as well as the Action Centre - a drop down menu that gives you quick access to notifications and settings.

First up of course is Cortana. Halo fans prepare yourselves, whilst she was introduced by the voice of Halo's Cortana this won't be the universe-saving AI that you know from the games.

There's a different voice and an altogether different function, instead Cortana is a personal assistant - so much so that you can train it about your likes, dislikes.

You can also give Cortana access to your texts, email and calendar information so it can learn not only your routine but also who your friends are and where you spend your time.

If you're thinking that all sounds very '1984' then don't panic, Microsoft was keen to stress that only Cortana on your phone will have access, not the servers that power Cortana's answer-finding abilities.

It's in beta at the moment as Microsoft's servers learn how people talk and makes the service better with the full version launching later in the year.

Next up are lock screen themes. Microsoft has opened up the code for WP 8.1's lock screen allowing developers to create their own themes giving it different appearances and functions.

For now it'll be Microsoft-only themes however the company will open up the code to third-parties in the future as well.

For those who pine after the same customisable home screens that are on offer on Android and iOS, Microsoft has opened up the home screen letting you pick an image and then apply it to all your tiles.

Last but not least is the introduction of swiping text input on Windows Phone 8.1. Echoing the likes of SwiftKey, Swype and Google's own swiping keyboard you can now move your finger over words to write them in a text or email.

Windows Phone 8.1 will be launching as an update on compatible smartphones in the next couple of months whilst those who buy a Windows Phone device by the end of April will have it straight out of the box.