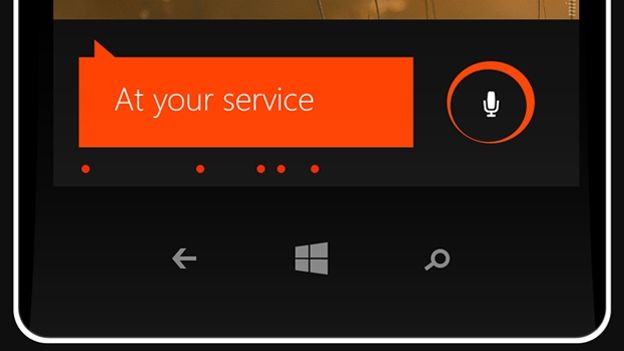 Windows Phone 8.1 will be the next major OS update from Microsoft, it'll no doubt be looking to compete with Apple iOS 7 and Google's Android KitKat

Windows Phone 8.1 will be the next major smartphone update from Microsoft, taking on the likes of Apple's iOS 7 and Google's Android KitKat operating system which many believe will be launched in the next few weeks.

Visually looking very similar to the previous version of Windows Phone 8, Windows Phone 8.1 is set to bring with it some minor visual changes but a huge range of internal upgrades including a much-rumoured personal assistant called Cortana that will almost certainly be taking on Apple's Siri and S-Voice.

If leaked images obtained from Windows-phone.pl are anything to go buy it looks like Windows Phone 8.1 will have a early 2014 release date with the images showing what appears to be an early build of the Windows Phone OS along with some documentation in the background revealing an expiry date for the prototype code.

Of course it's important to remember this is just a rumour, the expiry date could simply be a cut-off point for that version of the new OS however taking into account the current update schedules for Google and Apple Microsoft will clearly be looking to compete as soon as possible.

Since it was leaked people have only really been talking about one Windows Phone 8.1 feature and that's Cortana, a reported personal assistant that will go far beyond what either Siri or S-Voice are capable of by integrating with your smartphone, Xbox One, tablet and more.

The latest Cortana leak comes courtesy of Xero who claims to have a prototype screenshot of Cortana in action on an as-yet un-released Microsoft Lumia smartphone.

Cortana was actually first leaked back in June when a prototype Windows Phone smartphone appeared on eBay, on that phone contained an app called 'zCortana'. The 'z' meant that the app was still in beta mode, and ultimately it was dismissed as just being a codename for a low-level feature.

According to ZDnet, sources close to the matter have described Cortana as an incredibly advanced personal assistant that will learn and evolve as you use it, sending information to Microsoft's Cloud intelligence.

What this means is that you should be able to speak to Cortana as you would to a human being rather than just using key phrases and questions.

Of course as some will know Cortana is actually the name of a character from the hugely successful game series Halo in which Cortana is an artificial intelligence which has been assigned to watch over and assist the main character Master Chief.

It would be particularly fitting then if Microsoft did indeed decide to name their Siri-rival Cortana however at present there's no evidence to suggest that it is anything other than a codename.

Steve Ballmer actually hinted at 'Cortana' becoming an overruling shell that would define how you use Windows 8 and Windows Phone 8.1 in a memo released back in July.

"Our UI will be deeply personalized, based on the advanced, almost magical, intelligence in our cloud that learns more and more over time about people and the world."

"Our shell will natively support all of our essential services, and will be great at responding seamlessly to what people ask for, and even anticipating what they need before they ask for it."

Next up is the notifications centre, whilst not as exciting as the prospect of an all-encompassing digital assistant it will certainly be a welcome feature to those that have been looking at Apple's new iOS 7 and Google's Android operating system with jealousy.

Notifications Centre for Windows Phone 8.1 was initially leaked by the eBay customer who accidently bought a prototype Microsoft smartphone but it was then further confirmed by Xero who posted a picture showing the Home Screen with a Notification Centre Live Tile.

Finally there's been a rumour that Microsoft has been working hard to deeply integrate accessories into the Windows Phone ecosystem with reports that there are partnerships with Jawbone and Fitbit already in the works ahead of the Windows Phone 8.1 release.

This would certainly coincide well with the news that Nokia has been working on a technology called Nokia Treasure Tags which lets you tag your bag, wallet or any other item and then be able to locate it if it becomes lost.