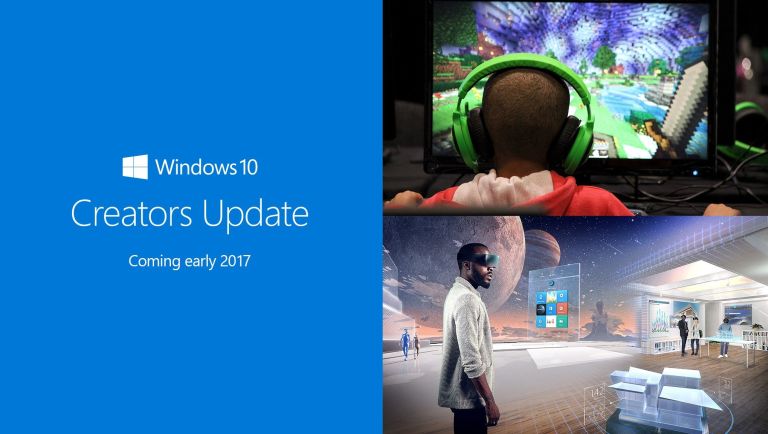 Windows 10 Creators Update is the name of the next Windows 10 update.

Talking at an event today, Windows and Devices group lead Terry Myerson announced that the Windows 10 Creators Update is aimed at the "creator in each of us".

Easier communication with 'your' people

MyPeople is a comprehensive re-work of the old People app that gives you faster ways to connect and share with the people who matter most from tha Windows 10 Taskbar.

Despite many other industries having turned their back on it, 3D is a big theme within the Creators Update. There's a new 3D version of Paint (called Paint 3D) that enables you to scan objects on your phone with Live 3D Capture and import them directly onto your Windows 10 PC.

You can then 3D print objects, for example. Or create personal emojis (we're kinda hoping that catches on).

You're also going to be able to edit PowerPoint slides in 3D, too.

You can also interact with the objects you create in Hololens and we were shown how this could work by bringing the object created on stage into the Hololens AR environment. Microsoft then took this object back into the virtual world as it showcased VR headsets from partners including HP, Dell, Lenovo, Asus and Acer.

Microsoft says these headsets will be coming onto the market from 299 USD - so pretty low priced compared to Oculus Rift, for example.

Arena is coming to Xbox Live as part of the update, designed so you can host your own tournaments with friends (or rivals).

We'll bring you more details on the rest of Windows 10 Creators Update shortly.