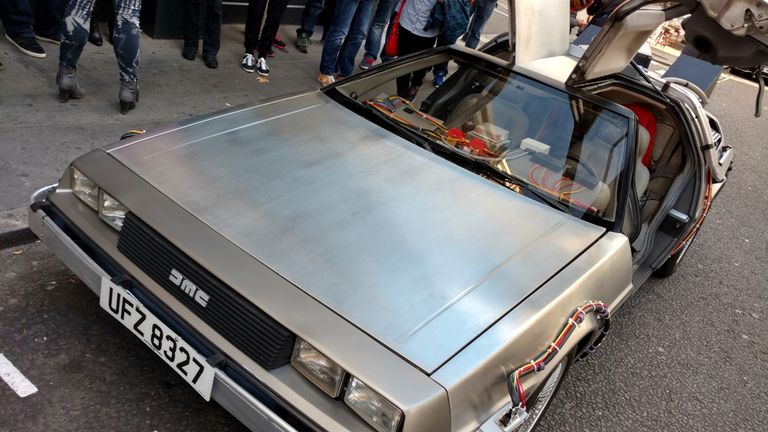 We jumped behind the wheel of the time travelling DeLorean DMC-12, following in the footsteps of Marty McFly and Doc Brown as we travelled Back to the Future.

October 21 2015. For many it may just be another rainy Wednesday, but for the diehard Back to the Future fans this date is of huge significance.

That's because in the movie Back to the Future II, the duo travel forward in time to this very date - but director Robert Zemeckis' vision of 2015 doesn't quite ring true. And we should know, as we've travelled from 1985 in our very own DeLorean.

Okay, so it's not technically ours - this excellent DeLorean replica was built by friends Luke Brynycz and Darren Harris, who were helped out by tech personality Jason Bradbury.

The construction took the trio three months to complete, after Luke and Darren picked up the non-time travelling DeLorean in Ireland.

This wasn't their first attempt at building the iconic car, with the pair's first attempt taking them three years to complete as they painstakingly followed every detail from the film, with the metal fabrication produced by KMF in Stoke from original CAD files.

Luke spoke to T3, telling us the hardest part of the build were the flux bands - and as you know these are a crucial component for travelling through time.

As for this special DeLorean's top speed, it'll get to a mighty 88mph with time circuits switched on. Great Scott!