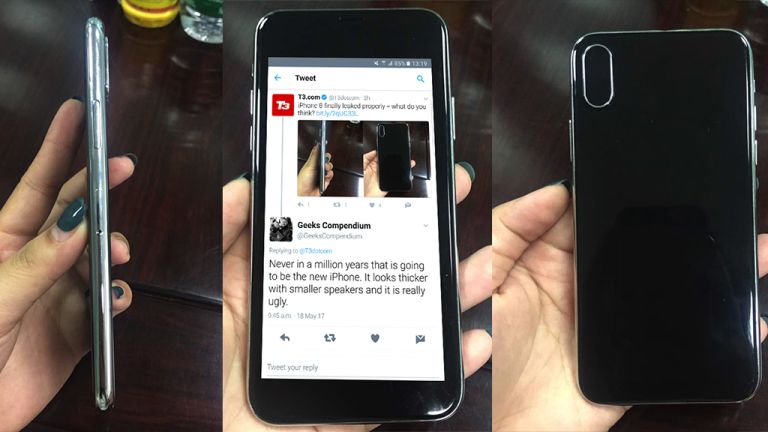 This morning we reported on the latest iPhone 8 leak to surface on the internet, before asking you what you thought about it. Well, the comments are in and we think it fair to say they are rather... mixed.

Some people liked what they saw, and left all sarcasm aside while saying so, such as CK Varg who effusively said that:

Islay Reid was clear and concise in his analysis of the leaked images too:

And others, while not getting too excited, still felt positive vibes from the leaked design model. Toyosi, for example, while remaining unsure because of the lack of specification, said that:

However, other commentators were unconvinced by the authenticity of the leaked device, highlighting that it didn't seem to have the typical Apple hallmarks of quality and aesthetic sleekness.

Adam Wilkins, for example, said that:

While Peter Davies was quick to note that:

And Scott Hunter couldn't bare to look at the thing, stating:

For some though, there was zero doubt, this WASN'T the new iPhone 8 in their mind. Geeks Compendium was so confident it wasn't accurate that they stated:

Most concerning for Apple if true though was the fact that some people thought that the leaked model looked a little too much like a rival's new flagship smartphone for comfort, legal or otherwise, with Ric Brook, Matthew Smith and Gavin Elctric writing that:

There's no doubting the leaked model does look rather similar to the Samsung Galaxy S8, and there have been plenty of rumours of an edge-to-edge display on the iPhone 8. But do you think Apple would produce a device that looks that similar to a rival's, or do you think this is way off what the shipped phone will look like?

We guess we'll just have to wait a little longer to know for sure.