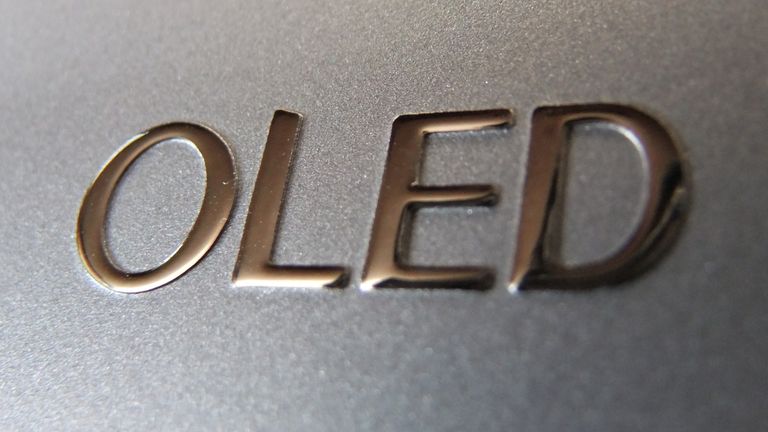 In one fell swoop I've ruined my gaming monitor, and all I did was drag my PC into the lounge for the evening. I blame LG and the glorious images its 4K OLED panels are able to produce.

I'm lucky enough to already have a pretty decent PC monitor, a 28-inch 4K Acer screen with Nvidia's G-Sync frame-smoothing tech, but by plugging my gaming rig into the LG 55EG920V TV I've been testing that now looks both ridiculously small and horrendously washed out.

I'll admit though that these are very much first-world PC problems.

The 55-inch LG Ultra HD TV is one of the best-value OLED televisions you can buy, but when we're talking about that super high-end screen technology it's all relative. Right now it's retailing for £2,249 which is probably about the same price as my whole PC. Comparing that lovely OLED TV to my £470 monitor then is probably pretty unfair of me.

But then I've spent a good long while sat, with my jaw firmly pinned to the floor as the native 4K gorgeousness flooded my eyes.

Now, I'm not at all sold on the curved nature of this LG screen. In TV-land it's almost become a must-have product for all manufacturers, with companies like Philips sticking a solitary model in its range just because it feels it needs to have one whether it likes it or not. Maybe because it was pioneered in a big way by Korean rivals, Samsung, LG has likewise gone all-out on the curve. Until the 65EF950V arrived all its OLED TVs came bent out of the box.

So the curve can do one, but that OLED picture is stunning when you've got a powerful PC rendering sheer awesomeness on it.

l threw Fallout 4 up on it, using the top settings at the screen's native 3,840 x 2,160 resolution, and was blown away by how the wasteland now looked. Now, it's not the most beautiful-looking game, using a slightly modified version of the old Skyrim engine, but the deep, rich, 'perfect blacks' (in LG parlance) and incredible contrast make it feel much more immediate.

OLED panels have a great range to their colours, able to go right down to the deepest of blacks, which also makes them ideal for the HDR future of television. Each pixel is also self-emissive, which means they need no backlight doing it all on their own insead. In turn that also means a totally black pixel can sit right next to a white one without my bleeding of light. That's why OLEDs an deliver such detail.

Playing the incredible The Witcher 3 on it was an almost transformative experience. That detailed world writ large seems entirely built to be played at both that resolution and that size.

But what if you're not an avid PC gamer with a rig that could crack the Enigma code in a bored afternoon? What does it look like when you stick your PS4 or Xbox One into it?

It looks fine. Not stunning in the same way... but fine.

There's a twin problem here. The first is that the current-gen consoles are graphically pretty weak. There's not a game launch that passes by without some consternation about what resolution the two main machines are going to render at.

Most of the time they struggle to nail 1080p - there isn't a snowball's hope in Hanoi that they could ever manage to game at the same native resolution the 4K OLED TV needs.

Then you've got to cope with the upscaling engine of the LG televisions and it's not the best. That's one of the reasons we've been so impressed with Panasonic's OLED even though it's using an LG-made panel. When not running at the native res the LG doesn't look near as good as it does at 4K.

You do though still get the benefits of the OLED tech in the colours and contrast however.

But only a madman would stick a 55-inch TV on their desktop to use with their PC, right? You might reasonably say the same thing about using a 42-inch TV but it's actually surprisingly effective.

I also recently attended an event for Finlux's new 4K TV range and playing Just Cause 3 on its new 55-inch curved Ultra HD panel, with another Nvidia-based PC, was pretty darned impressive. And that's a bigscreen curve now retailing for less than £800.

I'd still rather have the Philips - and of course I'm distraught to have to say goodbye to the gorgeous LG OLED - but as a budget alternative cheaper HDMI 2.0 TVs are worth a thought.