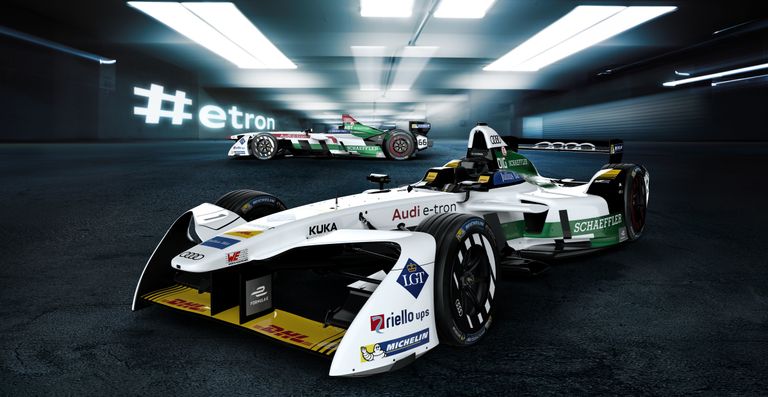 In the final T3 Agenda of the week - Audi unveils its new electric racing car, set to debut in Formula E; a new Bluetooth headset for the modula TMA-2 headphones; and more...

Audi has unveiled its first ever all-electric racing car, the e-tron FE04, as it prepares to launch the vehicle in the first face of the new Formula E season in Hong Kong this December.

In Formula E, the teams and manufacturers are allowed to develop the powertrain consisting of the motor, transmission, parts of the suspension, etc and the new electric combo of motor and transmission is the centrepiece of the Audi e-tron FE04. To transmit the power to the wheels, Team Audi Sport ABT Schaeffler will also be using a high-efficiency transmission with only one gear in the 2017/2018 season.

The Audi e-tron FE04 will make its racing debut at the Formula E season opener in Hong Kong on December 2, 2017. However, the new electric race car will already be seen on the race track in the coming days.

Upgrade your TMA-2 Modular Headphones with a new Bluetooth headband

The TMA-2 Modular Headphones has just been upgraded with a new Bluetooth headband, which now makes your customisable cups fully wirelessly in the click of a component.

The H05 headband works simply when plugged into any TMA-2 speaker unit, instantly enabling high quality Bluetooth audio transmission. The integration of the Bluetooth technology into the headband alone allows any configuration of the TMA-2 to be wireless, thereby retaining full modularity in the system.

As usual, you can control it using the Sphero Mini app (available for Android and iOS), or with your facial expressions (yes, you're actual face) via the wild new Face Drive feature. You can even use Mini as a controller to play different and unique games, or program your robot with the Sphero Edu app.

With almost an hour of play time, Sphero Mini is set to be the next big thing as the winter months roll in. You can order a Sphero Mini today for just £49.99.

In November 2017, record-breaking polar explorer and Canada Goose ambassador Ben Saunders will set out to make the first solo and unsupported crossing of Antarctica.

This west-to-east traverse from Berkner Island to the Ross Ice Shelf via the South Pole and the Shackleton Glacier was planned by Ben’s close friend Lt Col Henry Worsley, who nearly completed the expedition before falling ill and passing away in hospital in Chile in January 2016.

The expedition has been made possible with the support of the outdoor clothing maker, with Canada Goose supplying Ben with customised kit for his extreme expedition.